We were driving our newly purchased camper van through Germany en route to Scandinavia and looking for somewhere to stay the night. The call of the sea meant that we were inexorably drawn to Flensburg, a bustling port on the tip of Flensburg Fjord in Northern Germany.

Having been away from the sea for more than a couple of months we were both longing to smell salt in the air and be around boats again.

Despite there being some threatening dark clouds lurking above us, we had a great drive through the back roads from our stop in Winsen Luhe to Flensburg. We were impressed by the well made roads, every one of them correctly cambered and no potholes.

We had found a free camping spot right on the fjord and really close to the centre of Flensburg situated amongst warehouses and workshops. 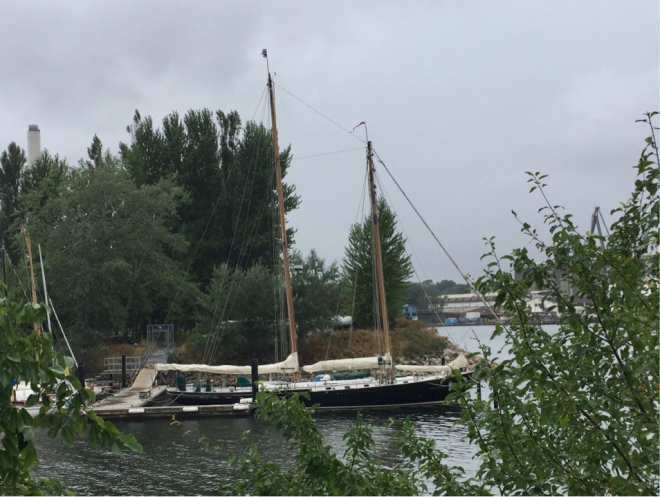 It was wonderful to sleep to the sound of the wind in the rigging of the yachts moored close to us and to hear the rhythmic splash of the waves on the shore and the calls of the seabirds as we woke up in the morning.

We took our electric bikes for a good ride along the waterfront. Being the weekend it was very crowded in places and sometimes easier to hop off and walk. There were some lovely boats to look at and some nice bars and restaurants along the way. 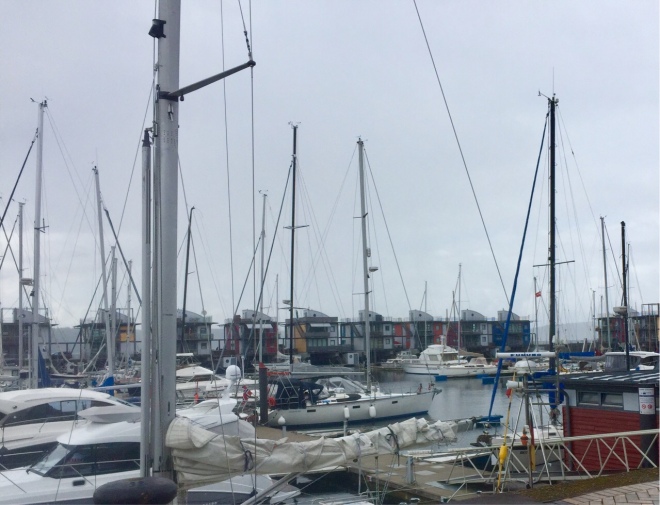 We decided to take a look at the maritime museum but our timing was out and it was about to close so resolving to return on another occasion we made our way into the pretty centre of the town where we found a nice bar to sample the local beer.

Heading off the following day we hugged the coast and rounded the tip of the picturesque Flensburg fiord. It was so lovely that we agreed that a return visit would definitely be on our “to do” list.

From Flensburg we continued our journey northwards heading for Esbjerg – another seaport – in Denmark. The journey was delightful, and we enjoyed driving along in our campervan past flocks of geese, horses, cows chewing the cud, beautiful villages, rivers, and farmland. 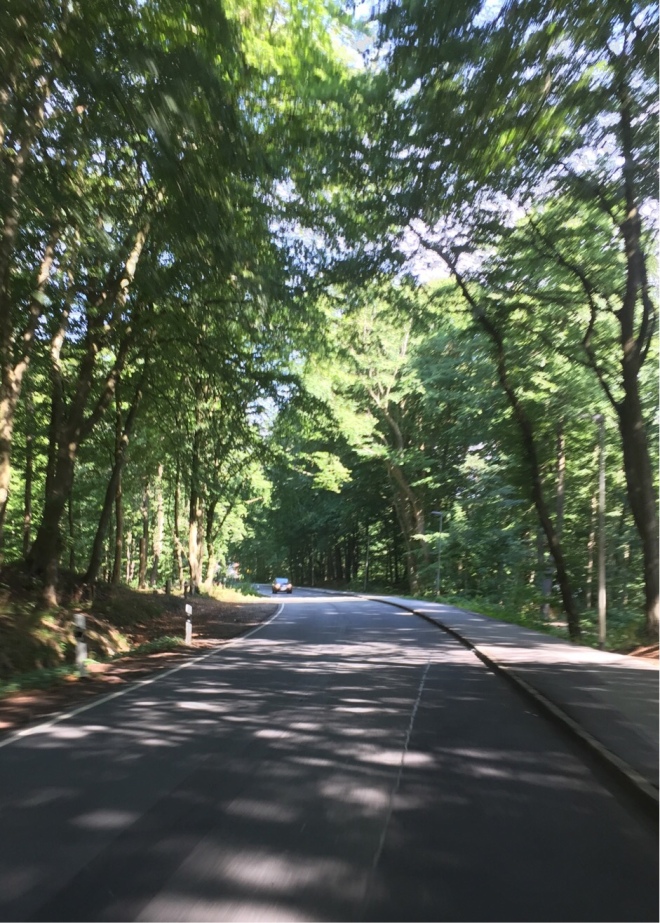 Having had such a pleasant experience in Flensburg we were looking forward to visiting Esbjerg but unfortunately it was a far cry from what we had imagined. Instead of pretty yachts and colourful fishing boats there was a large container terminal. It was extremely difficult to find somewhere to park the camper van and after a while driving round the one-way system we decided to give up and look for a place to stay somewhere out of town. 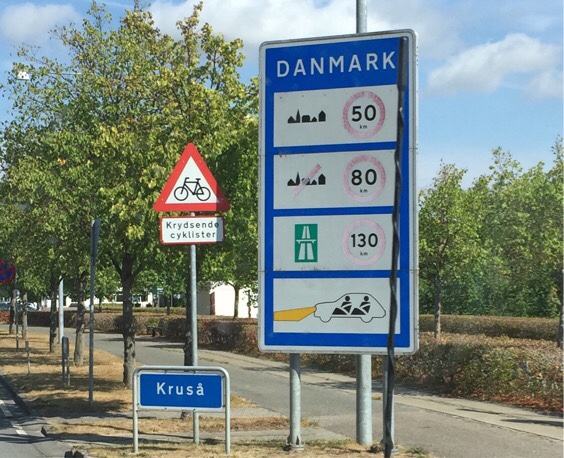 We quickly found a couple of options in the ACSI (Auto Camper Service International) app and decided to try a very small private ground in the tiny village of Vester Nebel not too far from Esbjerg and close to our next destination Ribe.

The camping site centred around a series of small fishing lakes and consisted mainly of small cabins for fishermen and their families to sleep in. We were able to plug into the electricity supply of one of the huts as there weren’t any dedicated sites for campervans.

The site was pretty, very quiet and uncommercialised and set in the depths of the Danish countryside. There was a large and busy horse riding stable just down the road with some of the stables facing out into the lane so we could give the horses a pat as we went by. The one downside was that there was no place to empty the chemical toilet but on the upside it only cost 14 Euros to stay there.

We had a lovely cycle ride into the village where there was very little going on in terms of shops or cafes but there was a lovely white washed Medieval Church.

Our next destination was only about 40 minutes away. We were heading for Ribe which promised to be interesting as it is the oldest town in Denmark and home to a famous reconstructed Viking village.