We were in a glorious anchorage – Koh Daeng Yai – surrounded by sea mountains at every point of the compass, totally alone except for birds and insects and the occasional fishing boat lazily passing by in the distance.

Beautiful as it was, paradise had a flaw – a six knot current when the tide was incoming and six knots the other way when the tide was going out.  This made our customary exercise of swimming round the boat a couple of times a day a touch  hazardous, if not downright dangerous. It was fine (if rather slow) swimming towards the bow against the tide but going back down the other side, you hurtled down with the rushing current and had to concentrate on grabbing the rope we had let out or risk being swept off to who knows where! We were as far north in Phang Nga Bay as a boat with a two metre keel would dare to venture. There are many shallow areas in this part of the Bay that require respect and careful planning. 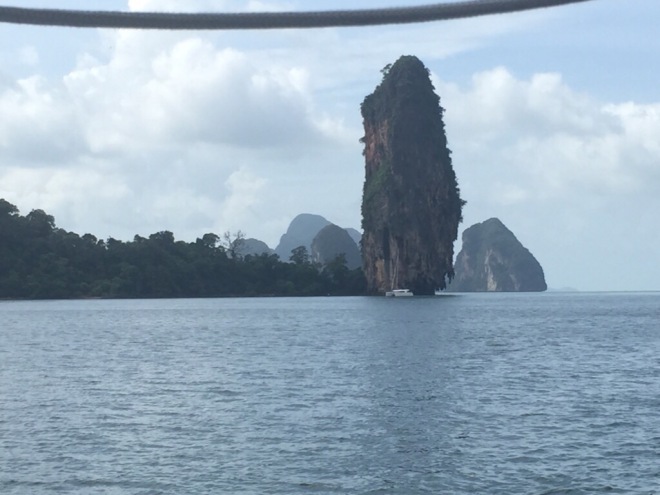 The best way to explore these shallow areas is of course by dinghy so after our exciting swim we set off to find an island we had heard about where you could travel through a cave that bisects the middle of the island and was open at each end.

The open ended cave was pretty but we discovered something a lot more intriguing as we motored the short distance through the passage – a well hidden rough hewn ladder! Of course we had to see where it led so we quickly tied up the dinghy and followed the trail.
﻿
﻿﻿

We climbed up the first rickety ladder, then a longer one at right angles to the first and after that a longer and steeper one.


Then we continued climbing up a rocky path with spectacular views of the sea below. 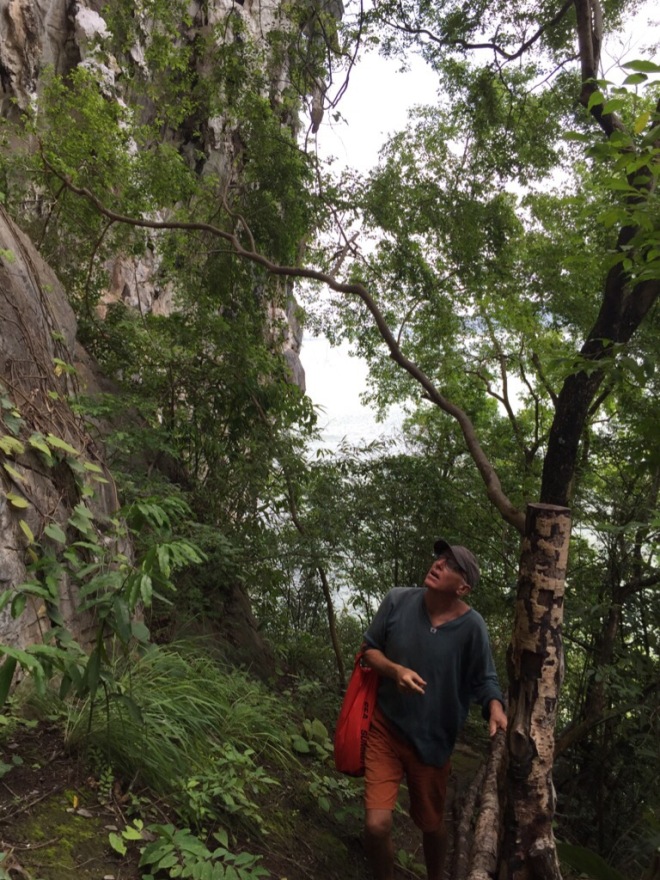 Up, up, up we climbed. On our right hand side we saw a huge drop with only a hand rail to keep you from falling down the steep drop below.  Then we suddenly arrived at an opening in the hill – we stepped through the small entrance to find a massive cathedral-like cave lit only from a couple of openings high up near the roof.

We were amazed at finding such a stunning cave – it was totally unexpected.


There were columns, stalactites and stalagmites, wondrous rock formations that resembled gargoyles, and lots and lots of mosquitoes! 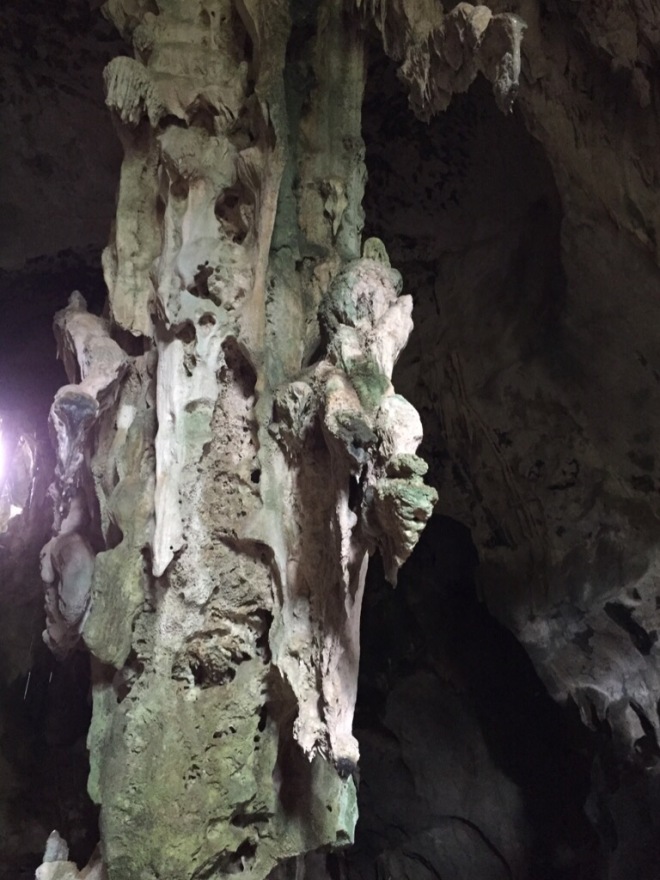 Capt’n Birdseye climbed up a steep incline towards the top of the cave where two apertures allowed light to enter the cave.
Once at the top there were glorious views of water below and surrounding islands.
With the mozzies getting the better of me, we decided to make our way back down the rocky path and descend the series of ladders to retrieve our dinghy.