The day had finally arrived when our daughter would fly in from Delhi, India to join us on Bali Hai in West Kalimantan, Borneo.

The plan was for her to stay for the whole of July and get a taste of sailing in a rally with Sail to Wonderful West Kalimantan, organised by Raymond Lesmana. 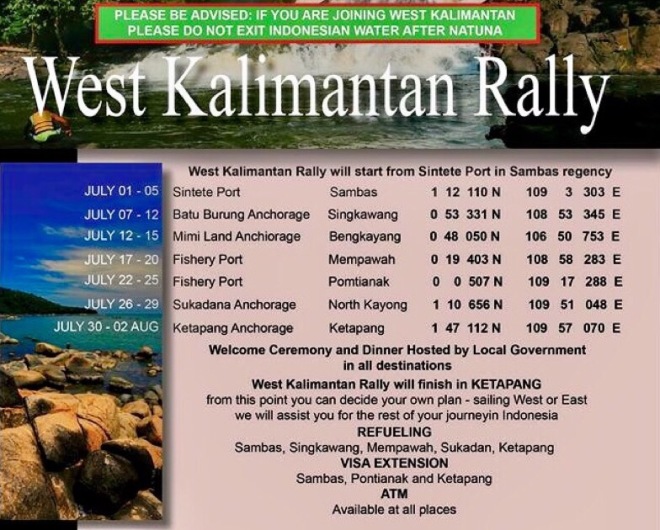 We were on the road from Sambas to Pontianak, a drive of about four and a half hours, around 9am, leaving enough time to drop in the hotel we had booked for the night and get to the airport in plenty of time to meet the flight.


Our driver hadn’t realised we were staying the night in Pontianak so there were some hurried phone calls (we think to secure an additional day off from his “real” job) and to his wife to pack an overnight bag.
The car trip was long but interesting- we were struck how green and lush the countryside was.
We passed rice paddy fields, orchards, areas of tangled jungle, villages with architecture ranging from rustic thatched huts, quite grand brick buildings, rather ordinary concrete structures and stilt houses on river banks.

Finally we were in Pontianak- the capital of West Kalimantan and remarkable for the fact that it is right on the equator so some of the city is in the Northern Hemisphere and some in the Southern Hemisphere.


A monument to commemorate this fact was built in 1928 by a Dutch geographer but in 1938 another monument designed by a local architect was erected. In 1990 a dome was added.  Pontianak, a busy and thriving city has a population of around 600,000 with a very swish, brand new airport. While we waited for our daughter to arrive it was a pleasure to do some people watching and to see the pride the cleaners took in keeping the floors spotless and shiny.
﻿
It was wonderful to be reunited with our daughter who was ready for a break after a busy time producing and directing The Lion King at a leading international school in Noida on the outskirts of Delhi.  Having become a vegan (after some years of being a vegetarian) she was looking forward to enjoying a meal at the vegan restaurant I had found online. Sadly when we arrived it was closed so we had a meal on the rooftop restaurant at our hotel (The Star). The food wasn’t brilliant but there was a fabulous view and view the fireworks that were being set off everywhere round the city to celebrate Eid (the end of Ramadan).

After a great sleep and breakfast we set off on the trip back to Sambas. On the way back we stopped at our driver’s house and were introduced to the whole family and of course, many photos were taken. 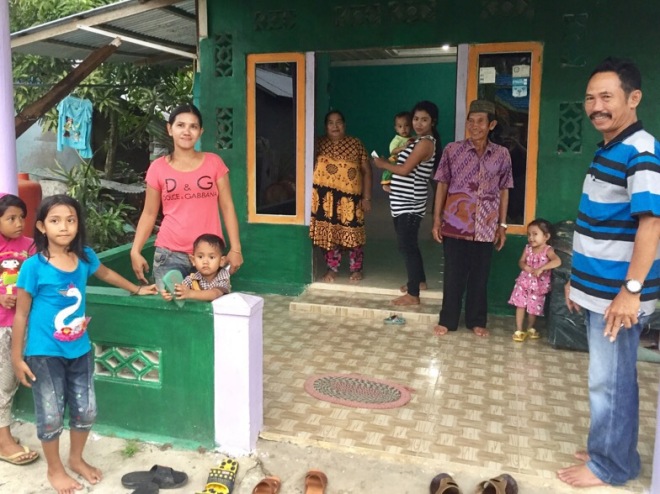 When we finally arrived in Sambas we were met by Yantara’s skipper who kindly ferried us to Bali Hai – picking us up from the police boat shed which had been turned over to the rally boats to secure our dinghies while we were away on rally activities.

One thought on “North meets South – picking up in Pontianak ”