After an extremely long day of sightseeing and visits the previous day we were relieved to hear that our final day in Sambas was going to be a little less busy.
All the boat crews needed to do bits of maintenance and prepare for the trip to the next stop so it was good to start the day knowing we would be back in time to get all our tasks done before the sun went down.

Sambas is famous for its sweet, juicy (and green skinned) oranges and our first stop was an orange orchard where we were able to walk amongst the trees and sample the various varieties that grow on the farm.  After gorging ourselves on oranges and leaving laden with various samples we returned to the Sultan’s Palace which we had visited the previous day and were entertained royally – quite literally. 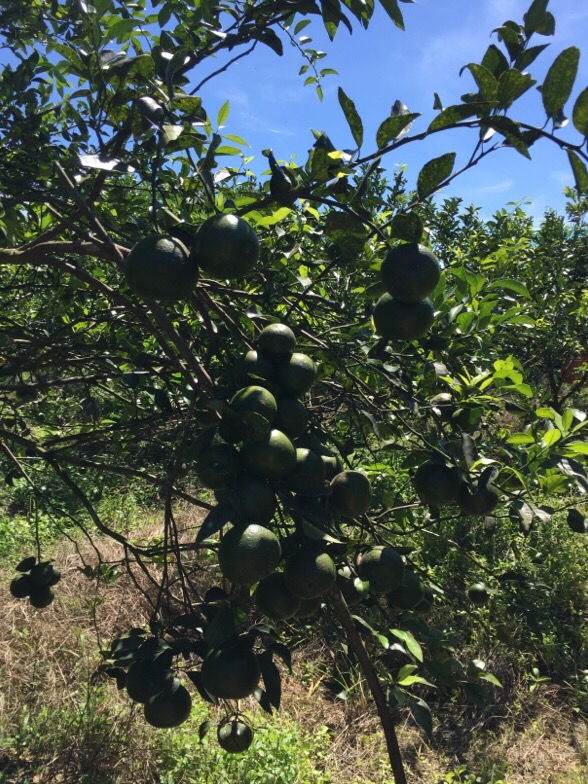 The beautiful and serene Sultana, widowed for quite some years, was very gracious as was a close relative who also lived in the Palace and who was an English teacher.

Meanwhile, the Sultana’s young son (barely into his twenties ) hosted the men in our group.
The entrance hall/ reception room soon filled up with local chiefs and dignitaries- almost all men.

Before too long lunch was served in the traditional Sambas way – six people to a “saprah” (tray of six dishes).

After lunch we were taken to a handicraft shop where we particularly admired the cane rocking horses as well as the cane furniture on display. 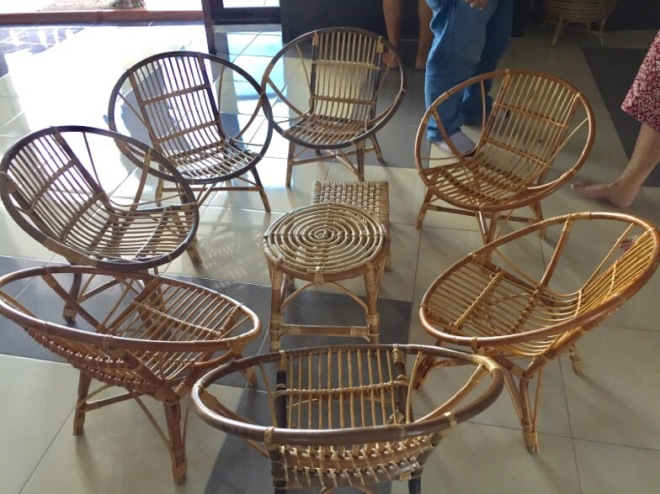 Once back at the Harbour Master’s office where our dinghies were waiting to carry us back to our boats, it was time for some sad farewells.


Firstly we had to say goodbye to our friend Muriman the Harbour Master who had been so kind and welcoming. Then all the staff in his office, the customs guys, the marine police, the regular police and the immigration officers.
Lastly we said a sad farewell to our guide, translator and general Mr Fixit, Brain (yes Brain not Brian), a young man who was still at University training to be a teacher and who was quite shy and unsure at first but who grew into his new role daily. By the end of our few days together his spoken English had improved dramatically and he handled us yachties with gentle diplomacy.

Our day ended as it often does with another beautiful sunset. 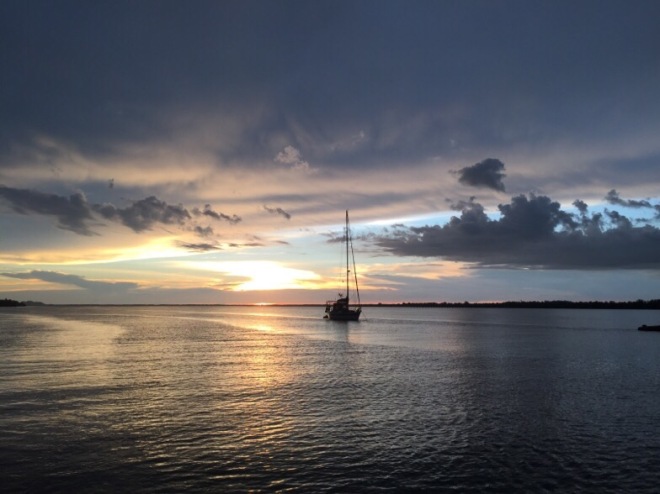