A sailors market with a lots of interesting activities and opportunities to speak to expert riggers, marine suppliers and other trades people was held on themorning we arrived at Yacht Haven Marina.

Vegetable carving, towel folding, batik painting and lots of other crafts were in full swing when we arrived.

A towel elephant in the making

Easy once you know how! 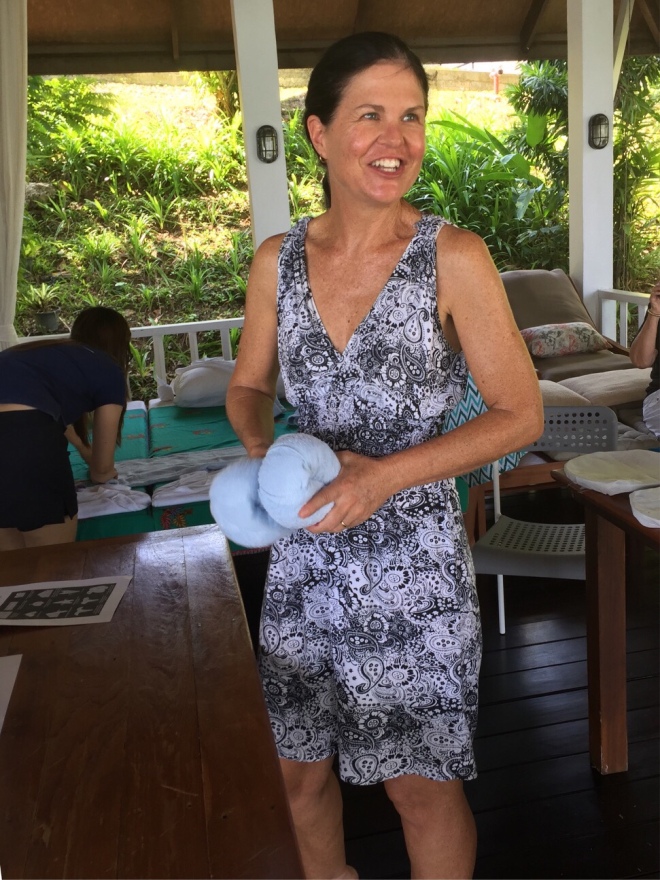 The market was the penultimate event of the Sail Thailand Rally and one which was very much enjoyed – especially, from my perspective, the free massage! 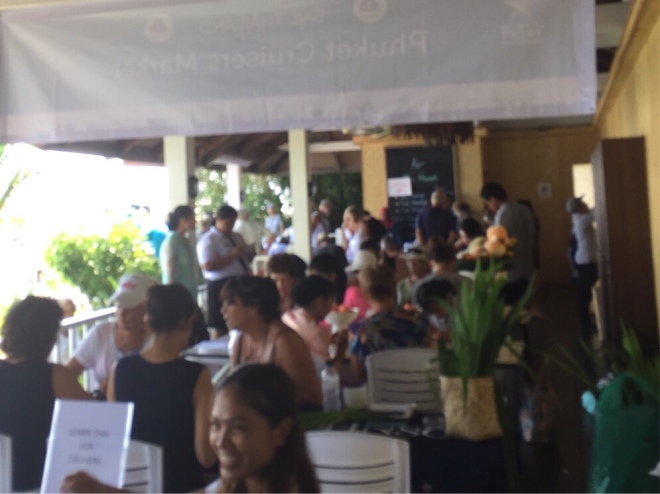 Everyone busy at work at the Sailors’ Market

We had no problems getting into the marina but were irritated to have the office staff tell us we were tying up to port and then when we were almost at the entrance, changed it to starboard. If it had been the first time we wouldn’t have minded but it has happened to us at least once before. The marina staff are probably the nicest and in every other way, the most efficient of all the Phuket marinas so its a shame that they let themselves down in this way.

The batik painting was very popular

Some people did an amazing job

The last event of the Sail Thailand Rally was the Phuket cruisers party – an annual event open to cruisers who are in the locality. Numbers are limited so unless you are part of the rally you have to be quick off the mark to get on the invitation list.

It was great to catch up with some of the boats from the 2015 Sail2Indonesia Rally some of who we hadn’t seen for a good while. One was Kiwi Boat Sun Chaser, whose skipper we had last heard a year previously, at the dead of night, half way across the Andaman Sea, en route to the Andaman Islands. There was another Kiwi boat Carrie and US boats Island Bound, Persephone and Enchantment. Quintessa and You You were also there. Quite a reunion! 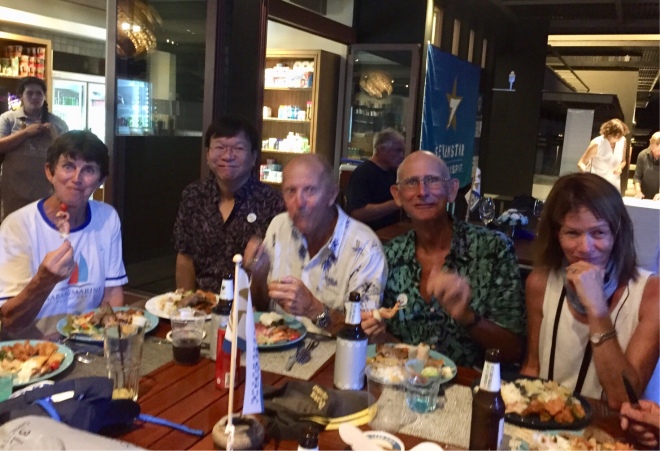 A number of the boats were soon to be boarding a Sevenstar Yacht Transport (the main sponsor of the party) container ship heading for the Mediterranean. There was a lot of excitement about the new adventures ahead for this fortunate bunch.

It was as a great way to end the rally, enjoying great food, free drinks and live music with many of our friends, old and new, all on a the brink of a new adventure – either in Europe, or crossing the Indian Ocean on the next stage of their round the world trip, or closer to home like us, planning other trips to the Andaman Islands, or on the East Malaysia Rally or a slow trip back to Australia.

Another lovely meal together

We had a couple more great nights together before we all parted ways and a last long lunch on Nai Yang Beach with Quintessa’s Tasmanian crew before they were homeward bound.

A very enjoyable lunch with these good people from Tasmania 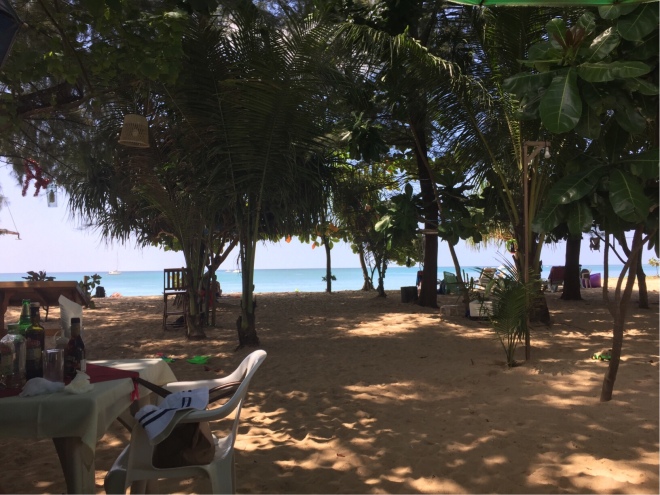 The following day we also headed off – to spend a couple of days relaxing and exploring in glorious Phang Nga Bay.