We rushed through Sweden in our camper van anxious to make it to northern Norway while the weather was still reasonable as even in late summer it can get quite chilly up in the Arctic Circle. Hopefully there would be plenty of time to explore Sweden on our way back south.

It was tempting to stop and take a look at Gothenburg one of Sweden ‘s major cities and an important sea port. I had last visited the city when I was 16 years old during a fabulous holiday with a friend of mine whose kind parents took me with them on their family holiday.

As it’s known for its Dutch-style canals and leafy boulevards lined with many cafes and shops we were very tempted to stop but decided to push on and be content with an enticing glimpse of Liseberg – a popular amusement park with themed rides, performance venues and a landscaped sculpture garden. 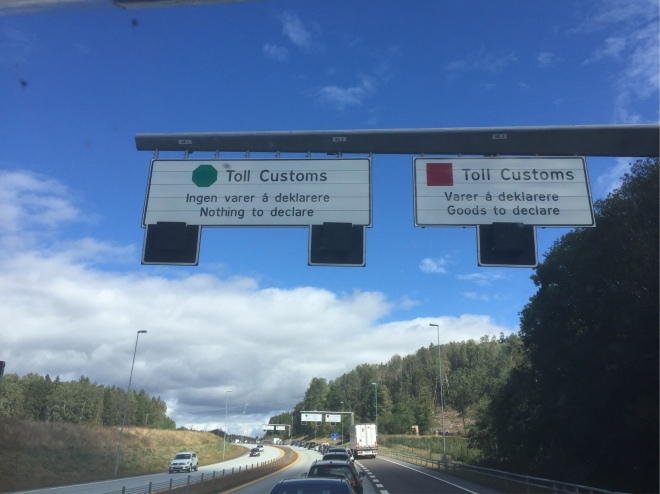 Shortly after we had crossed the border into Norway, we stopped for lunch at a small pullover area on the side of a “B” road. To our astonishment we realised that totally coincidentally we had come to a stop right next to an intriguing Bronze Age rock art site.

The Solberg site consists of two splendid panels clearly depicting many Viking ships, animals and people. The site was discovered in 1958 as a result of a cow slipping down a slope, uncovering the moss-covered 3,000 year old rock carvings. Thankfully the cow was unhurt and went on to live an “udderly” good life. 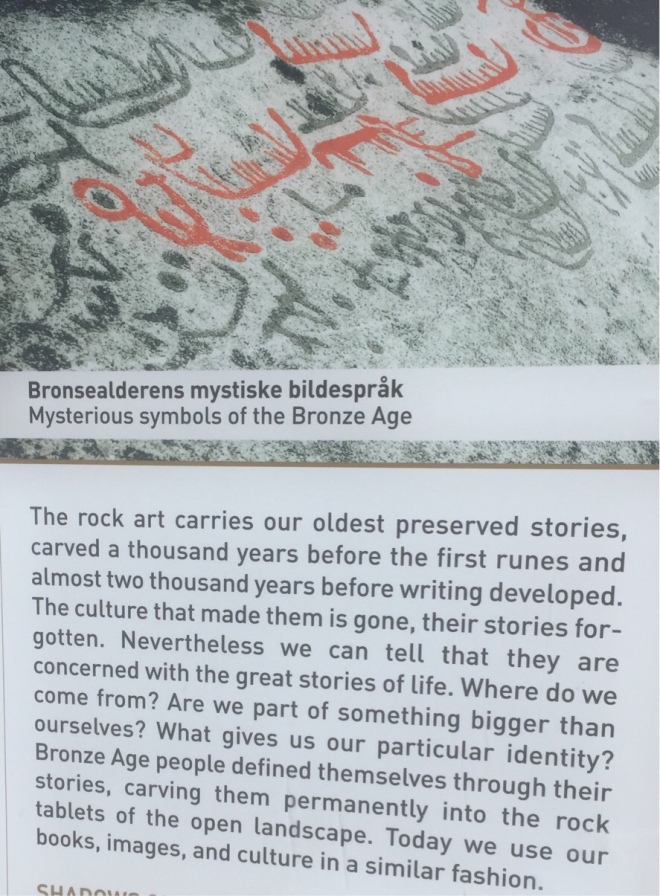 From Solberg we carried on to the town of Holmestrand which lies by the Oslofjord and is of course, built beside the water, one hour west of Oslo. It has a population of around only 10,000 people but the boat population is impressive with more than 1,000 craft moored in its pretty little harbour. 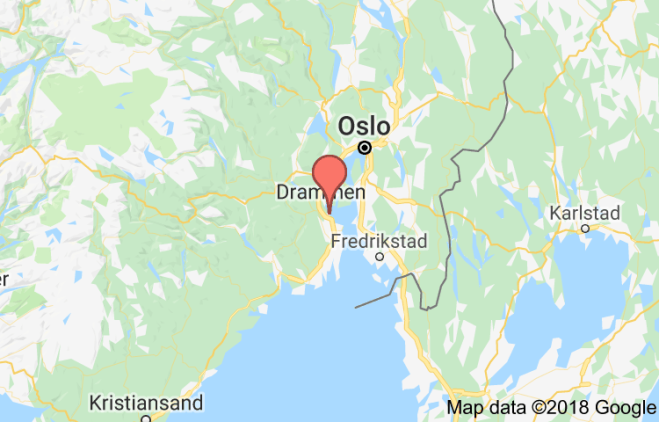 We stayed the night right on the harbour wall where we could watch the myriad of yachts and other boats bobbing up and down in the intensely clean and clear water.

This was our first time staying in a Norwegian municipal car park for camper vans and we were totally unprepared to read instructions in Norwegian. We just couldn’t work out how to pay, where we could get rid of our waste water and chemical toilet waste and which hoses provided drinking water. 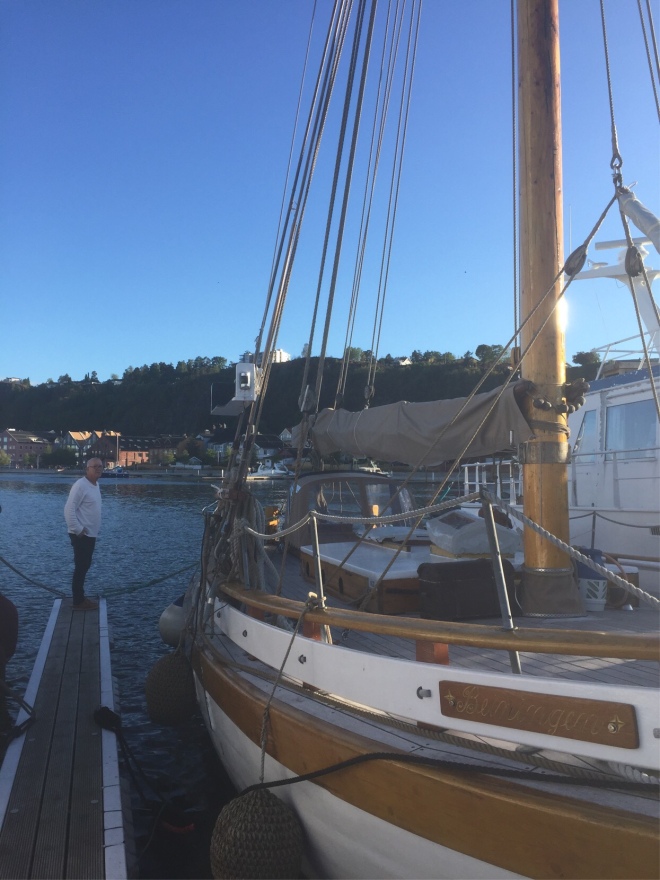 Fortunately our neighbour was very friendly and kindly showed us what to do and where all the facilities were.

We had a great night listening to the wind in the rigging of the yachts nearby and the gentle splashing of the water against the sea wall.

The next morning we woke up early, excited to be heading for Lillehammer – made famous for holding the 1994 Winter Olympics and then even more famous by the SBS (and later Netflix) series of the same name. A hilarious and at times politically incorrect series about a Mafia boss turned informant who goes into witness protection after dobbing in his colleagues and who chooses Lillehammer as his new home having seen the place on TV during the 1994 Winter Olympics.

Having watched this black comedy/drama avidly we felt we really knew Lillehammer well and were very much looking forward to our visit there.