The Dayak people of Borneo are renowned for their ferocity and being fearsome blow-piping head hunters but none of the steamy tales of the past even hinted that they throw the best parties involving copious amount of home made hooch, going into trances, standing on sharp blades and biting the heads off chickens!

We had been in Ketapang, on the island of Borneo, less than a day when we were whipped off to a traditional Dayak village.

After a short ride in a bus, complete with motorbike police escorts (lights flashing, sirens on) and other police stationed at road junctions to stop the traffic, we arrived at compound surrounded by a high bamboo fence threaded with palm fronds and with a bamboo gate firmly closed. High up on a pole at the gate was a a large treehouse-like box which apparently contained the bones of deceased family members.

One of the men on the rally – Hilbrand, a Dutch/New Zealander and very tall – was chosen to represent the rally participants and took part in a ceremony in which he made all sorts of promises of good behaviour (we think) and involved drinking copious amounts of home made rice hooch from a buffalo horn which was then passed round so we could all drink to the deal. Only then were we allowed into the compound.


We were ushered in accompanied by a cacophony of drums, gongs, cymbals and other percussion instruments.


More home-made hooch was past round – poured out of giant kettles into various receptacles including the buffalo horns but also into plastic cups that were shared with gay abandon.


The Dayaks were amazingly colourful – the men’s headdresses were all different but each was equally extravagant – huge feathers, hornbill heads, boar tusks, monkey skulls and an assortment of other plant and animal parts decorated their fabulous headgear. Of course they all carried swords which they brandished at every turn. 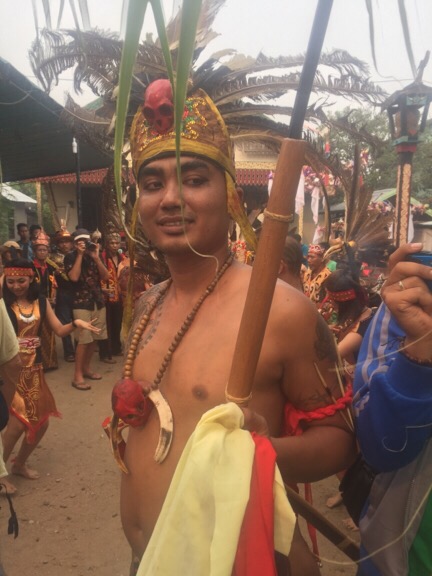 Some of the men and many of the women wore clothing made of bark, reminiscent of the attire of indigenous Americans, with the women wearing colourful headbands with a feather or two stuck in. Many of the men had elaborate tattoos and blackened faces.


After the welcome ceremony we were ushered to seats wherever watched a reasonably conventional dance by some of the extremely beautiful women. 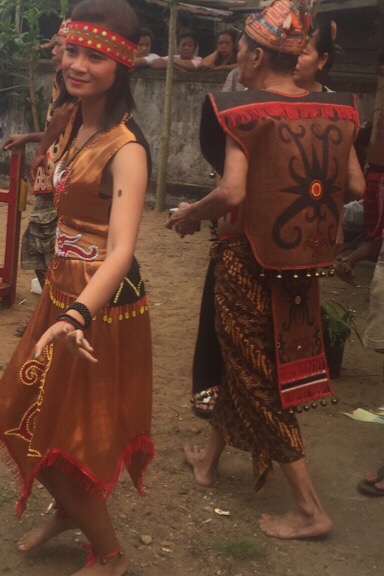 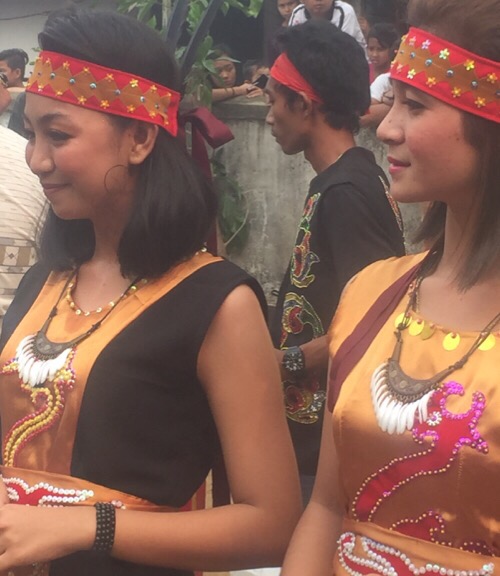 The next part was less conventional and quite unsettling. Several of the men went into trance like states and danced around in a frenzy. A couple of live chickens were at the centre of the activity. “Hmm” we thought, “Things didn’t look too good for the chooks”! 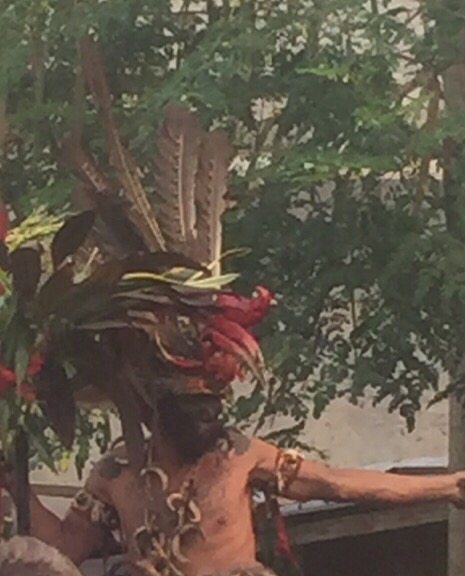 I was expecting some kind of avian sacrifice but I think I can safely say that we were all taken completely be surprise when one of the “performers” who was in a trance-like state bit the head of the chicken! 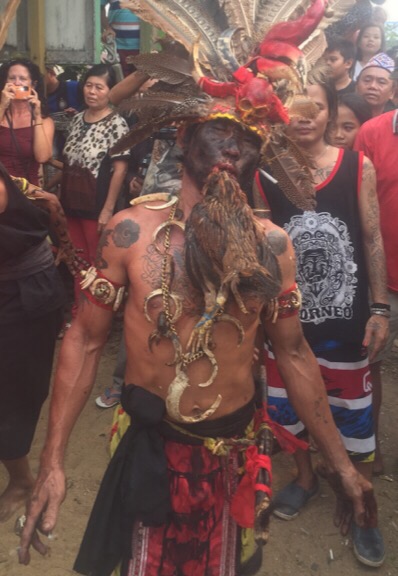 After parading round with the still flapping chook in his mouth he proceeded to pass around the said proverbial “headless chook” to his fellow “warriors”. Eat your heart out Ozzie Osborne! (Lead singer of Black Sabbath who was purported to bite the heads off bats during live shows.) 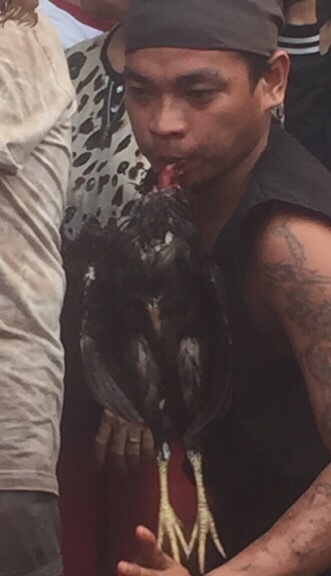 All the while the steady pulse of percussion helped keep the atmosphere electric – It was all rather crazy! 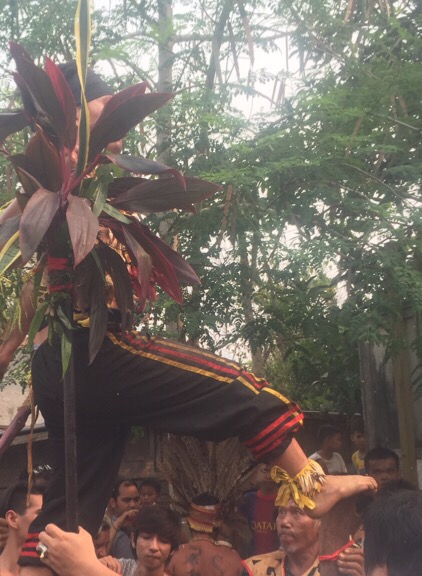 As the chicken was passed round the young Dayak men sucked on the blood, presumably to give them strength for the next part of the display. 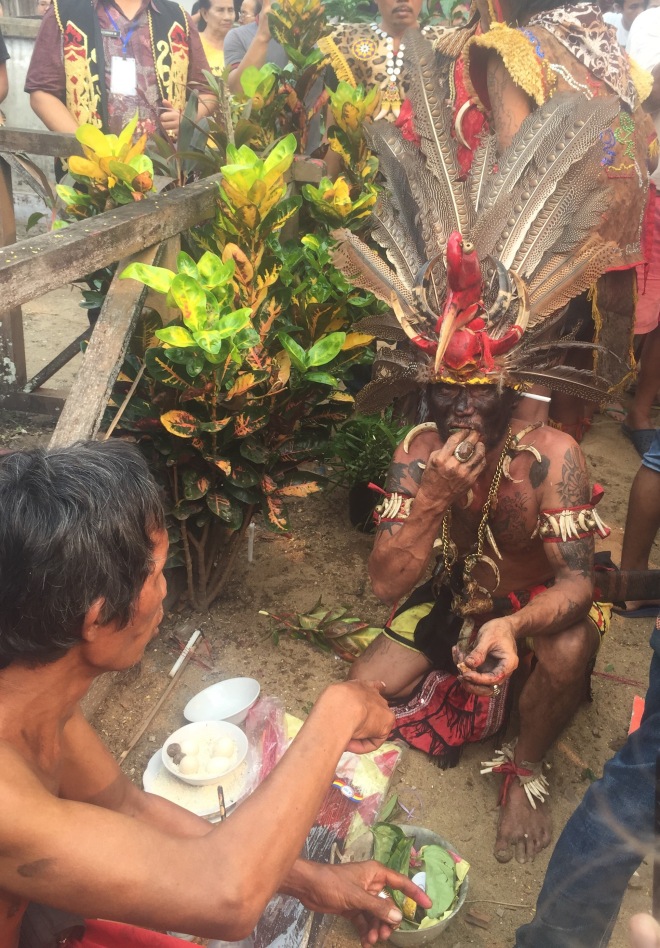 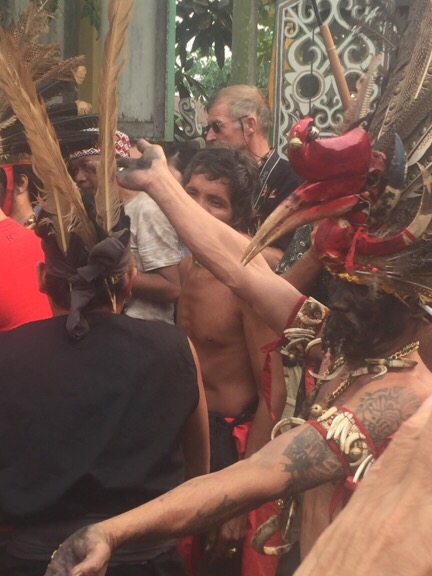 This entailed climbing onto a box like affair held aloft above our heads which contained the blades of swords and bush knives – sharp side up. In their trance-like state the young men stood on the blades and leaned onto the knives with their arms and hands! 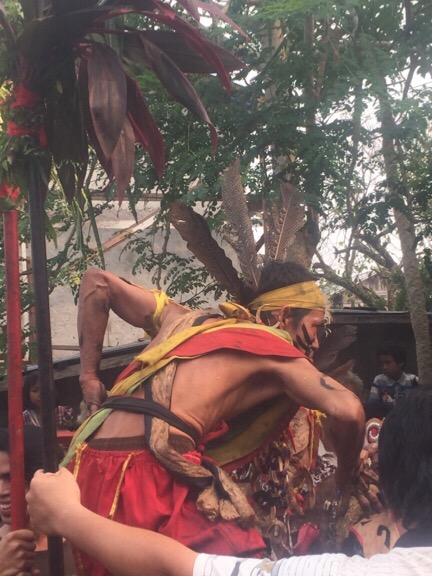 As each of them came down the young men collapsed into a “faint” and had to be revived by the special support crew. 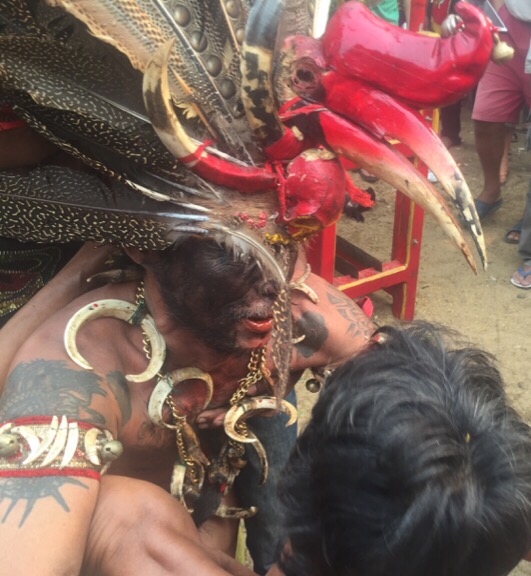 After all the excitement there were games to play – Blow the poison dart at a balloon for example. Some of our group showed a real talent!


We were also privileged to take part in a solemn and important ceremony – still not exactly sure what it was all about (lost in translation) but we gathered that it was something to do with the bones of a family member who had died the previous year. 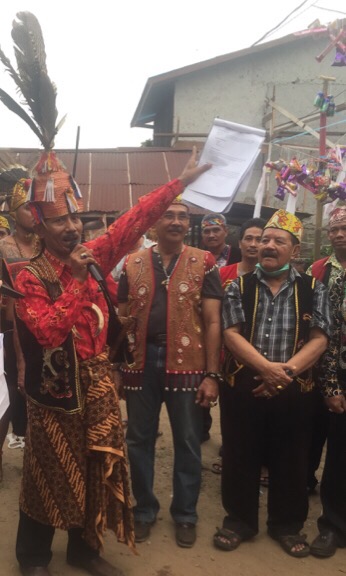 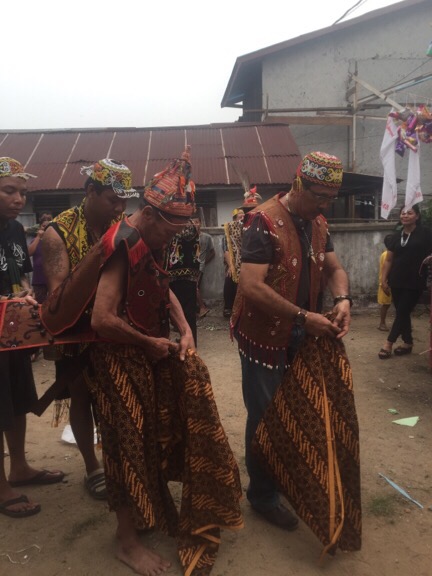 After a great meal (yes, there was chicken on the menu!) it was time for everyone to dance and all the while home-made drinks – rice beer, bush whisky etc were distributed liberally to all who wanted it. 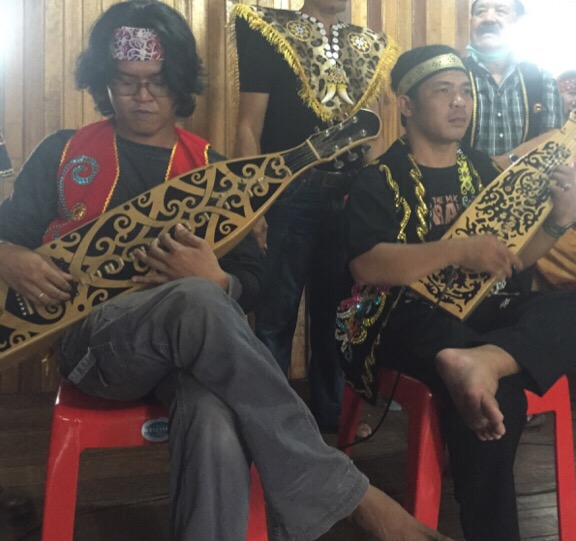 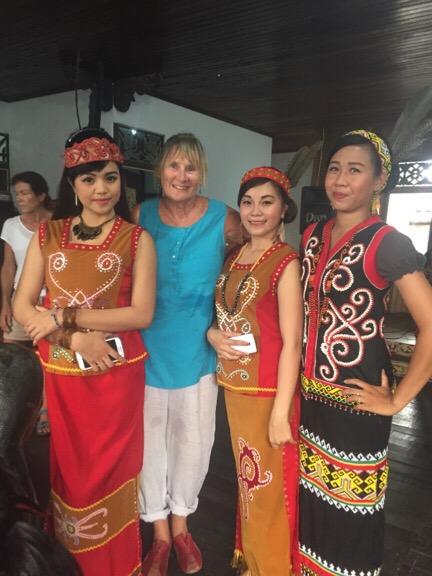 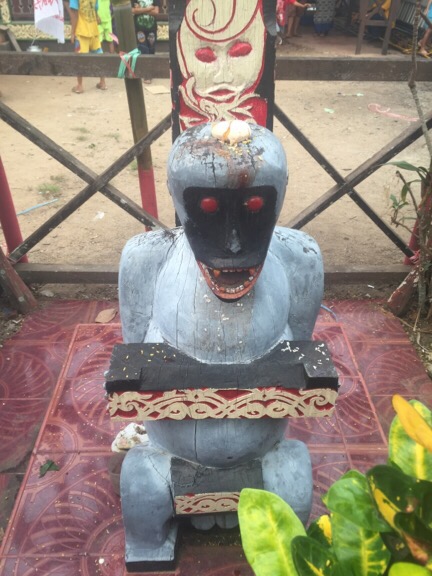 In the words of the song “What a party, what a night!” 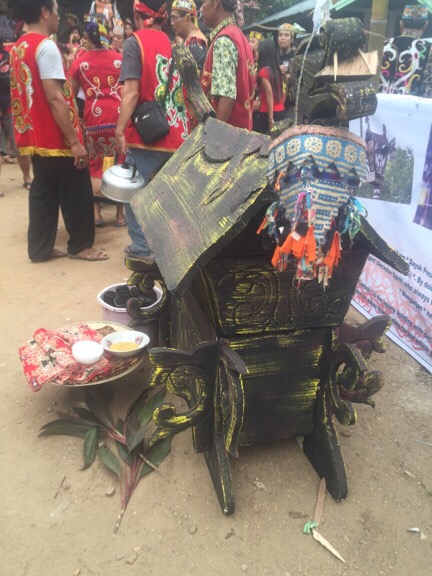