We were reluctant to leave Ketapang where we had enjoyed a fabulous time. As well as attending the party of the year and a fabulous welcome ceremony, we visited a traditional Malay-style Sultan’s residence, wandered round an urban forest and saw monkeys and a few birds, were entertained at the Sultan’s palace and had a fabulous seafood dinner at a waterside restaurant.


However, our next destination was calling us so we bade farewell to the great people we had met and sailed off into the smoky atmosphere.

We really did feel genuinely sad leaving the lovely volunteers who met us at the dock each day, took care of our needs – laundry, diesel, where to buy fruit and veg etc – they were a lovely bunch of young people and made us feel that we were valued guests, nothing was too much trouble.

While we were in Ketapang a group of people made a great video of some of the things we got up to during our stay using a drone to film much of it. It has turned out brilliantly! If you would like to see it follow the link below or Google YouTube and then Ketapang, Sail to Indonesia. 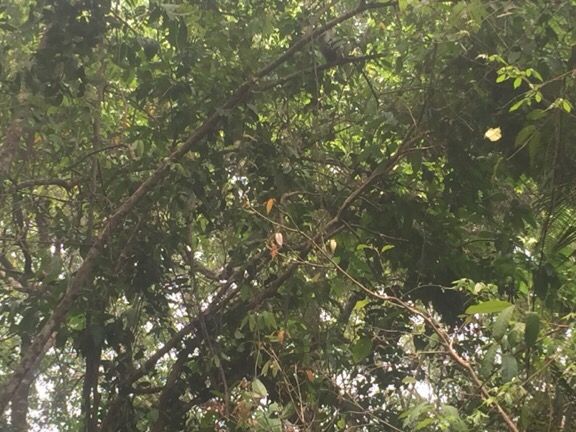 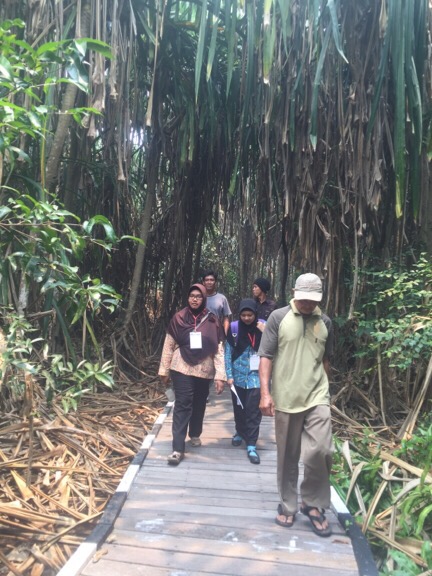 We left the Ketapang anchorage in the morning at high tide as we had to navigate the river mouth which was scarily shallow in places and we didn’t want to risk going aground.

The intention was to anchor out in the bay until late afternoon before we set sail for Karimata. If we left too early we would arrive at Karimata in the dark. As it turned out, it was so unpleasant bobbing up and down in the smoke filled atmosphere we ended up setting off more or less straight away and then anchored for the night at a small island called Pelubang before departing for the final leg to Karimata.

After a fantastic sail we arrived safely in Karimata despite the appalling smoky conditions, caused by the peat fires that have been burning uncontrollably due to the lowering of the water table as a consequence of the wholesale clearing of old growth forests in Borneo and other areas in Indonesia. This is not only disastrous for humans but also causing untold damage to wildlife, particularly the Orang Utans. This is shameful.

Karimata is a tiny, isolated, fishing village but has the distinction of hosting an annual festival which brings hundreds of visitor in for a few days each year. The festival includes an underwater photography contest, some water sports and various other activities. All the visitors – who come from Borneo, Java and other parts of indonesia – stay in the homes of the local people.


We missed most of the festival as we arrived on the last day but did witness canoe races and a dinghy race, which was put on by members of the Sail 2 Indonesia rally and was received with much hilarity.

A dinner was served on the quay which was amazingly good considering there was no market in Karimata so everything except for the fish had to be brought in.

The day after the festival ended we left for our next destination, Belitung, going via a small island nearby where we grabbed some sleep before heading off at 2am.

Our stay at Karimata was quiet and low key – a great contrast to the goings on in Ketapang. This is what has been so delightful about the rally – each place we have visited has been so different from all the rest but they are always delightful in their own way.