One of the highlights of the Sail2Indonesia rally has got to be the unscheduled stop on a deserted beach at Tanjung Kelit on Dasi Island for a pirate-themed Crossing the Equator party.

We were on our way from Penuba to Benan Island – our final stop before the check out port of Tanjung Penang. Evan, one of the three singlehanded yachtsman had the idea of having a party to celebrate this significant milestone and a few boats went ahead to scout for a suitable beach.

They could not have made a better choice – a gorgeous little rocky cove with a safe and calm anchorage. 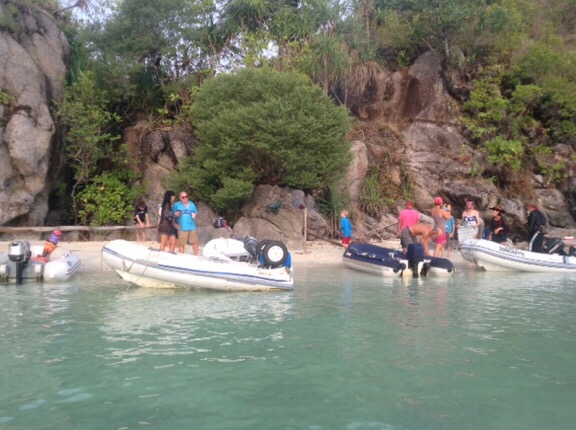 We actually crossed the Equator just before reaching the party destination. It felt amazing to have achieved this and of course a glass of wine was poured to celebrate the special moment.

We had a great party – cooked fish over an open fire – lots of wine and beer and some inventive dress ups. There were about 20 of the original 49 rally boats – fortunate that there weren’t too many more as the pirate cove was very small! 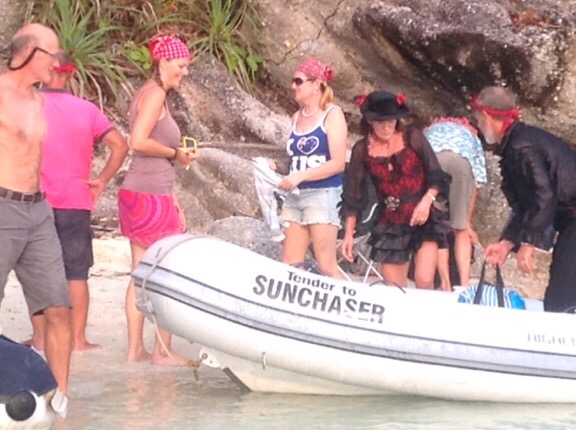 The kids let off some off the fireworks they had bought at Belitung and we all celebrated hard. Jonathan and I went back to the boat at a fairly respectable time but a few people carried on until daybreak (mentioning no names).


The next morning there wasn’t a breath of wind so we all motored the rest of the way to the prettiest little place – Benan Island.

Palm trees, white sand, a restaurant on the end of the jetty and charming, welcoming people and some young teenagers who loved performing Katy Perry and Justin Beiber songs!

We had a wonderful few days enjoying the sea and the sand, food and drink, and a reception with dancing and singing.

On our last night one of the boys from Allure of NZ, Luke, turned 10 and his family put on an amazing beach party with everyone invited and all the old games and three-legged and sack races.
There was great hilarity when we played a game called Russian Roulegg (suggested by party animal Evan) where a whole load of eggs were hard boiled and some left raw. When it was your turn you had to knock the egg hard on your head and if you were lucky you had an egg to eat – if not you ended up with a nasty sticky mess and literally egg on your face!

Everyone was in stitches, particularly the local people who had never seen anything like it!

The evening ended with an absolutely stunning firework display with some rockets and “bombs” worthy of New Year on Sydney Harbour.

Our stay in Benan Island was such a memorable one – both for the visitors and I’m sure the local people, who we have visions of making Russian Roulegg a tradition at every major celebration for evermore!