We were one stop away from leaving Malaysia and crossing the infamous Singapore Strait to Indonesia so we decided to hire a car while we were in Port Dickson to enable us to complete our provisioning for the next few months.


We needed to buy many items we take for granted “back home” – muesli, tonic water, cheese, rice crackers and other savoury biscuits, various tinned food, soft toilet roll, nuts, pasta and of course, some wine to top up our supplies. These were among the items we found difficult to find last time we were in Indonesia so we were anxious to buy enough to see us through.

The other main reason for hiring the car was to go to Malacca for the day as we had heard great reports from everyone who had been there.

We went with the crew from Yantara who had spent a few days in Malacca previously and who were marvellous tour guides.


In the early 15th Century Malacca (or Melaka as it is known) was a thriving port. Located halfway between China and India and within easy reach of the Indonesian spice islands, it became a hub for traders.
Chinese settlers married local Malay girls and the renowned Baba (Chinese male) Nonya (Malay female) community evolved (along with its famous cuisine).

One of the highlights of our visit was a tour a traditional Baba-Nonya townhouse where an excellent guide told us stories of the householders through the generations and talked about the many wonderful artifacts in the museum, including Chinese Ming vases, Murano glass from Venice, floor tiles from Stoke in England and all kinds of art and other treasures from around the world.

We loved walking down Jonkers Street and the other historic narrow lane ways marveling at the shop houses, many restored to their former glory, with colorful and intricate plaster friezes and other decorations. We poked around some of the gift shops, an antique shop, walked in some gardens and saw an ancient Chinese Buddhist temple. 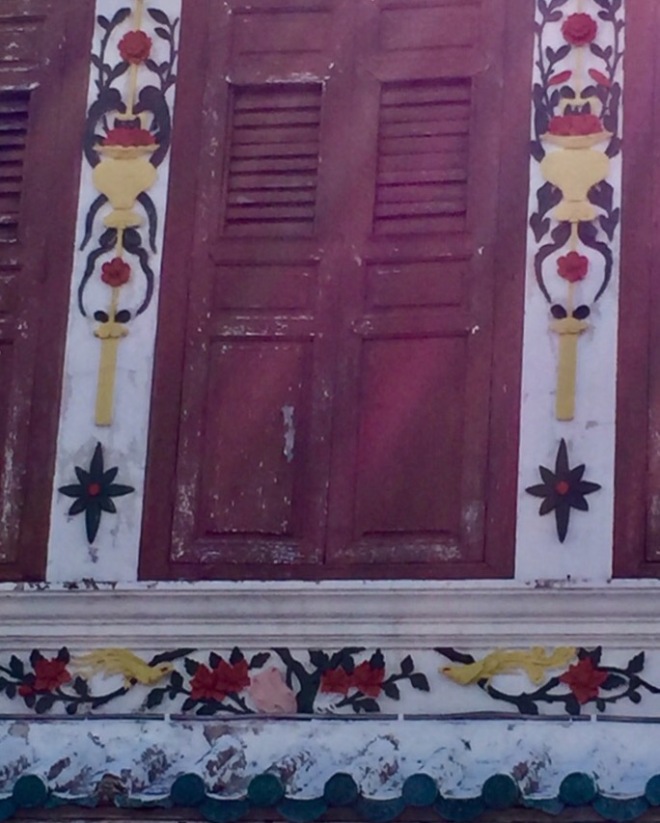 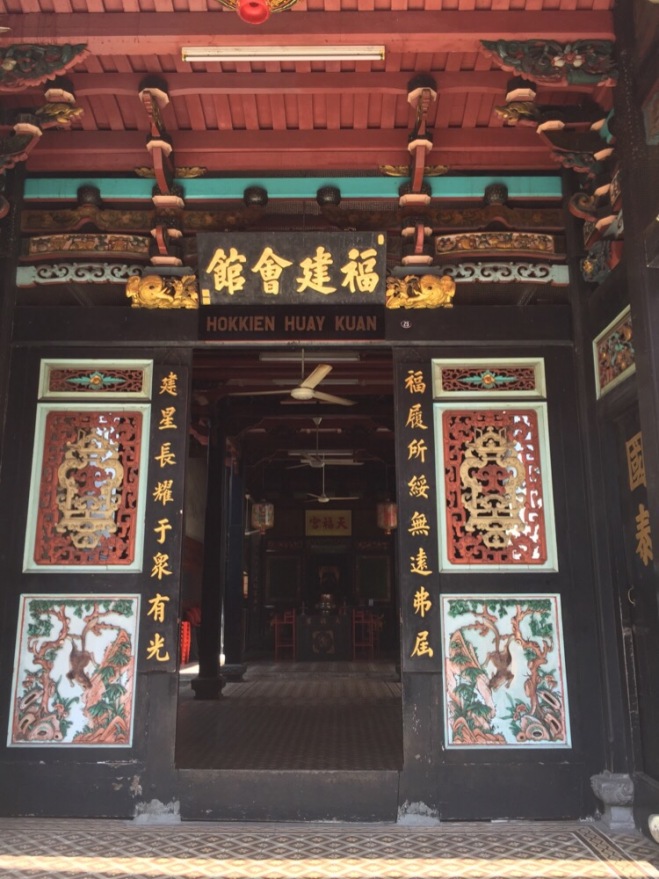 After a good lunch at Bistro Year 1673 we hit the History and Ethnography Museum which is housed in the salmon pink Stadhuys, Malacca’s most unmistakable landmark and the former town hall. 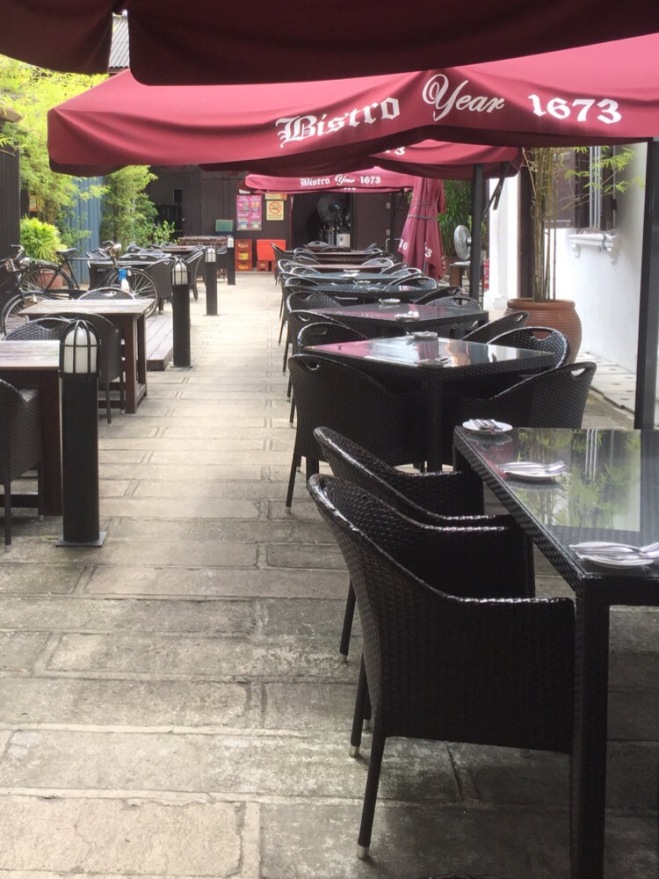 This grand edifice was built shortly after the Dutch captured Malacca from the Portuguese (who had taken the city by force in 1511) in 1641.

By the time we had been round the museum it was early evening and time to drive back to Port Dickson. On the way back to the boat we stopped at a wonderful Chinese seafood restaurant that we had discovered the previous night.

A delicious end to a really great day.
﻿

One thought on “Marvellous Malacca”