In company with Yantara, we set off on the last leg of our trip down the Malaysian Coast before crossing the Singapore Strait to get to Indonesia.

It was rough going out of Admiral Marina, Port Dickson – with 20 knots of wind “on the nose” and a big swell. Fortunately the swell was coming across the side of the boat so  although it was uncomfortable we weren’t slamming down off waves.

After a while the sea settled and we had an easy trip to Pulau Besar where we stayed the night.

Pulau Besar is rather a mysterious island- a place of pilgrimage for Muslims of Indian ethnicity who have been discouraged, even prevented from worshipping there. An absolutely massive resort was built on the island in the 1990s – with power brought in from the mainland on a series of poles – only to be closed and left empty in all its glory. Very strange indeed.

Despite its checkered past we spent a very comfortable night there and rose early to sail to Pulau Pisang.

The sea was completely calm with no swell, unlike the previous day.
That night we slept under the loom of Pulau Pisang light house which we were intrigued to learn had been handed over to Singapore during the 19th century in perpetuity. The road leading up to the lighthouse and the land it sits on is, to this day, regarded as a little piece of Singapore. The lighthouse is still manned and maintained by the Singaporeans. 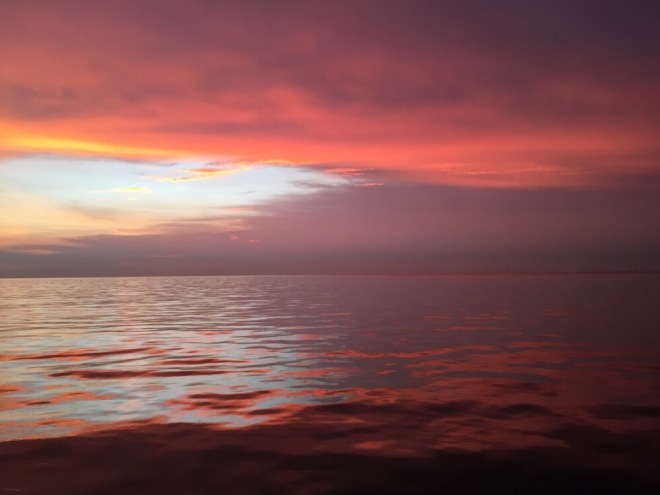 The last part of the trip to Puteri Marina, our final stop in Malaysia took us through the Singapore Stait.


According to Google during 2008 130,000 ships used the Singapore Strait. Nine years on and It’s probably quite a few more. Suffice to say we had to keep our eyes peeled constantly and watch the AIS on our chart plotter like hawks to make sure we didn’t get in the way of any of the huge metal monsters. 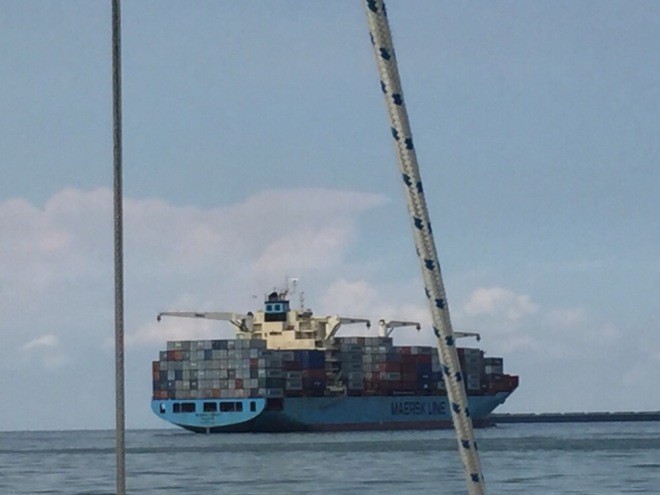 Yantara was a couple of miles in front of us and were caught in a ferocious thunder storm which brought visibility down to just a few metres.

They had to withstand torrential rain and nerve wracking claps of thunder cracking at the same time as forked lightening while trying to negotiate their way through the sizable fleets of massive (thankfully mostly anchored) container ships appearing out of the gloom.


We could see the storm ahead of us and felt extremely fortunate that we fell a little behind that day!