Call me ignorant but I had absolutely no idea that Denmark, in addition to the peninsula of Jutland, is composed of more than 400 named islands – 70 of which have a significant population. That doesn’t even include Greenland or the Faroes!

So it was quite a surprise to discover that in order to visit the 17th Century historic castle, Valdemar’s Slot, we had to cross over from southern Jutland to the island of Tåsinge via the amazing 1220 metres long Svenborgsund Bridge.

Once on the island we were captivated by the pretty villages, the lovely old homes the gorgeous countryside and of course, the small marinas dotted round the coastline. 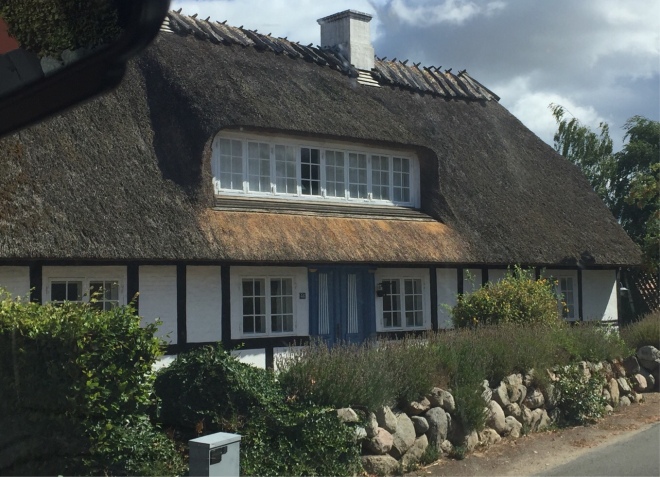 We had found a small site on a farm listed in the ACSI (Auto Camper Service International) that sounded an ideal spot to stay the night but when we arrived the place appeared to be deserted.

It had an eerie feel to it – there was literally no one about and everything seemed shabby and down at heel.

Driving round to the back of the farm yard we had this uncanny feeling we were being watched. You know that feeling that gives you goosebumps and makes you feel apprehensive?

We quickly found out why – gazing into a dim shed we saw a whole herd of young cows crowded into a small space and gazing curiously at us. It felt very uncomfortable and we turned round and got out of there as quickly as we could! 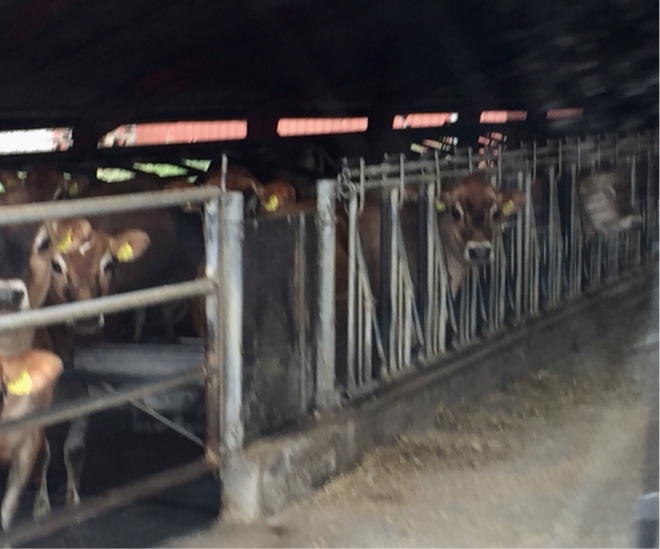 Our next attempt to find a place to stay the night was in a wood down a small side road that we spotted as we drove away from the farm. It looked ideal but as we drove further and further down the lane it became evident that there was nowhere to draw off and park. There was also nowhere to turn round so we just had to keep on going.

Finally the narrow lane ended in another farm yard – a very smart one this time – with two very noisy and excited dogs making a quick and quiet escape impossible.

Fortunately the farmer was very pleasant and despite a slight misunderstanding (she thought we were French because of our number plate) we managed to make our apologies and escape.

In the end we played safe and picked a campsite – Svendborg Sund Camp – that had everything in the way of facilities (including a fabulous view over the Sound) even though we just wanted a place to spend the night.

The following morning we took the short drive to Valdemar’s Slot (castle) a small but quite grand estate built by King Christian IV for his son Valdemar. Sadly Valdemar never lived in it, as he died young in a battle in Poland in 1656. 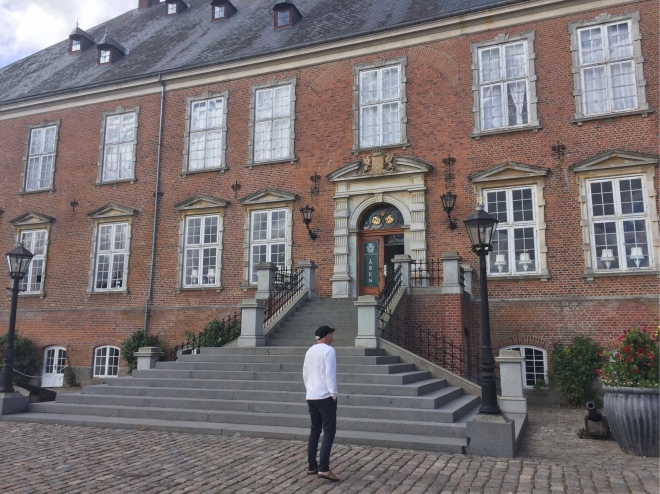 In 1678 – as payment for Swedish ships captured in the battle of Køge Bay – the naval hero, Admiral Niels Juel, was given the title to the castle. The current inhabitants are the 11th generation of the Juel family to live there. 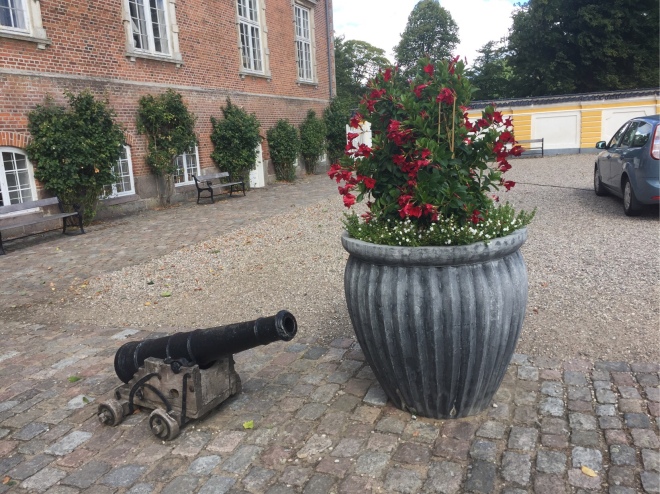 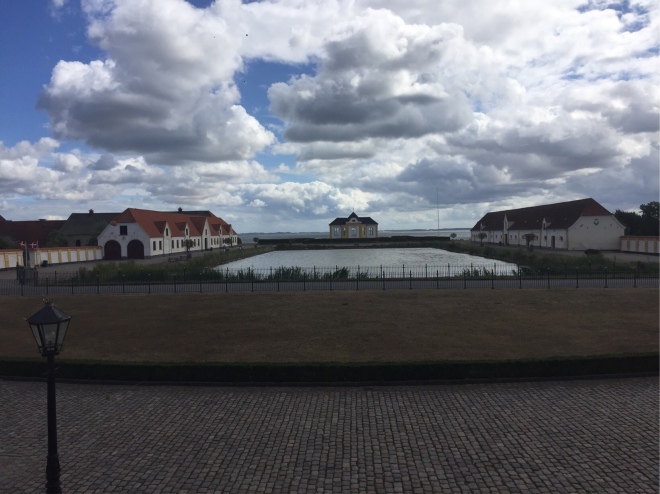 The castle had many tapestries, murals, treasures and curios and each of the rooms was furnished perfectly. 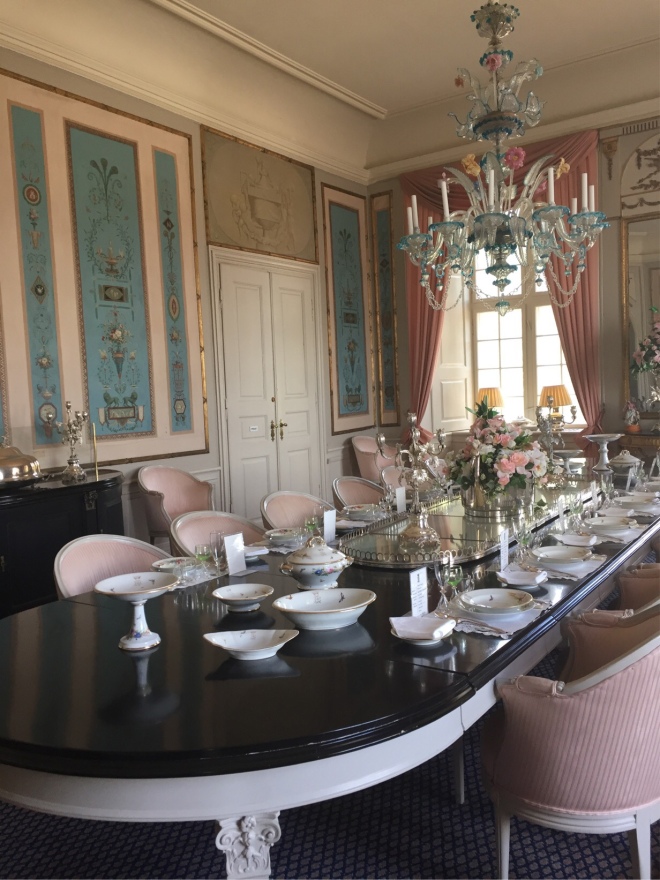 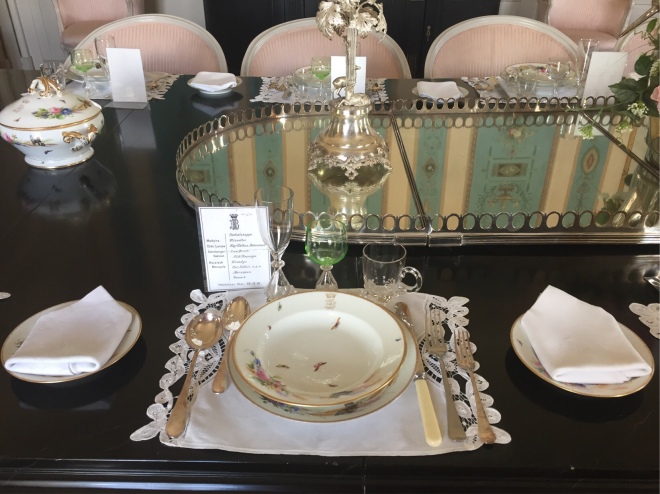 We loved the library which contained some extremely valuable books from throughout the ages and also contained a secret alcove in which a cache of rifles and other weapons was hidden in World War II by the then Baron who was a member of the Nazi resistance. 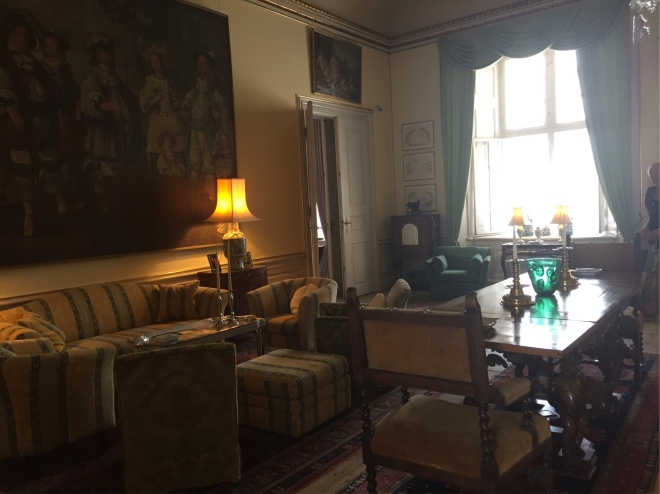 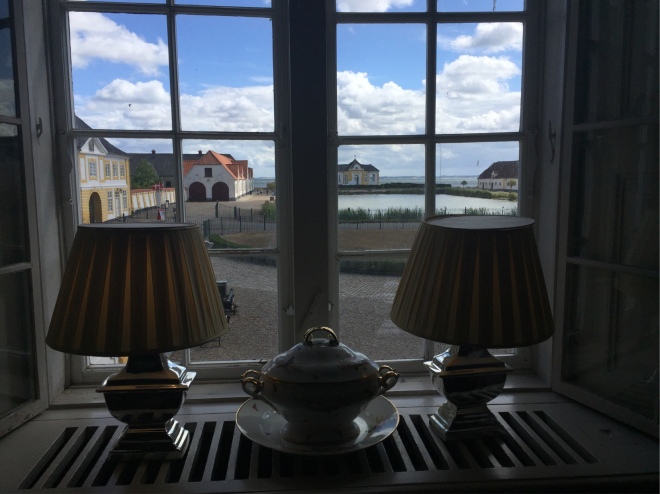 One of the areas I would not recommend however, was the revolting hunting and trophy museum which was stacked full of stuffed animals and animal heads. These weren’t just trophies from a time gone by, but also included quite a number from recent times which personally I found sickening.