We were once again travelling through beautiful alpine country but this time we were in the Piedmont region in the Italian Alps heading for the border with France.

The Italian alps were every bit as stunning as the Swiss alps and the views were spectacular as we drove along the Col de Tende Pass. As we climbed we went through long-established ski resorts such as Limone Piemonte (established in 1907), one of the oldest in Italy.

Just before reaching the French border we entered the Tende tunnel (3.2 kilometres long) one of the oldest long road tunnels in the world. As it is too narrow for the traffic of today to move safely both ways, the tunnel is now one way and drivers have to wait for traffic coming the other way to clear – often for quite a long time – for us it was almost half an hour.

As we came out of the tunnel we went straight into a hair raising drive dropping down from an elevation of 1,208 metres onto the French side of the range through a series of alarming hairpin bends. This was followed by a drive through an amazing gorge.

Having crossed from Italy to France we crossed back again into Italy to our campsite for the night – Camper Park Nervia, Camporosso just over the border from Menton in France and within easy reach of Nice, Monaco and all those other amazing spots on the French Riviera.

The following day we were stopped at the border by the police for the first time on our driving adventure through Scandinavia and Europe. The French policeman wanted to check whether we were carrying any “extra” passengers i.e. refugees .

There is an ongoing situation between the two countries on the fate of refugee migrants who try to cross into France. If they are caught, France has been turning back those refugees registered in Italy. Sadly for the migrants, the refugee camp near the Italian border is full and life is so tough that many of them want to try their luck in France.

Once over the border (counting our blessings) we were very excited to arrive in Menton – home of the famous lemon festival.

We were very fortunate to find a car park that seemed to be reserved (or taken over by) camper vans right on the sea front close to the super yacht marina and next to an excellent supermarket.

We managed to find the apartment that my sister and her husband had rented and had a great catch up – it had been almost eight months since we had seen each other so there was a lot to talk about!

That night there was a spectacular fireworks display to celebrate the second and last weekend of the festival. 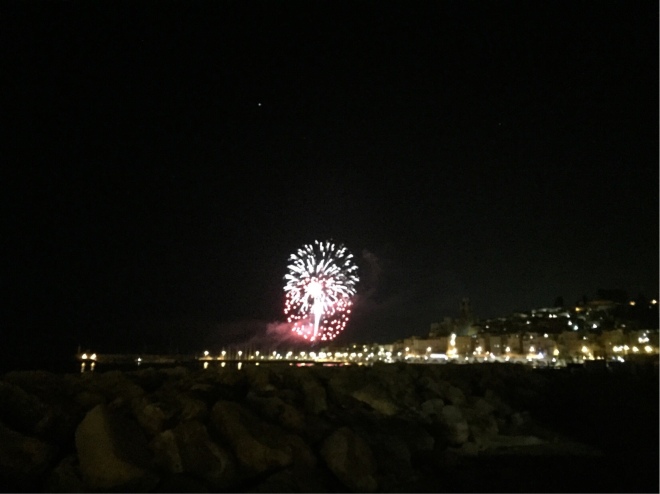 One of the major events of the festival (this was its 86th year) was the Exposition des Motifs d’Agrumes (Citrus themed exhibition) – it was quite spectacular. Each year a local groups and companies try to outdo each other with their citrus structures. Of course ever year has a different theme and this year it was “fantasy worlds”.

There were some fantastic and imaginative displays of dragons, mythical creatures and scenes from the Arabian Nights tales. 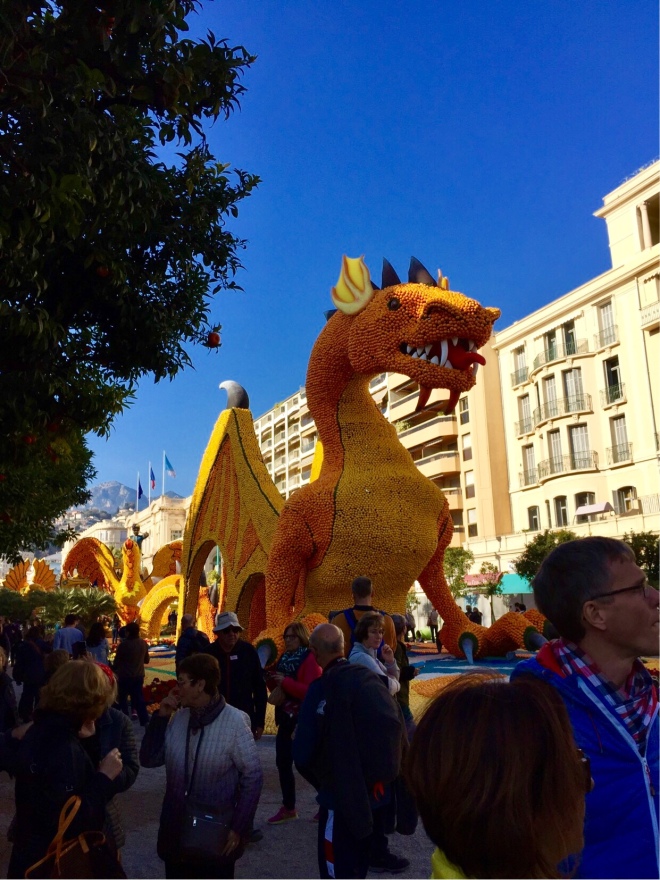 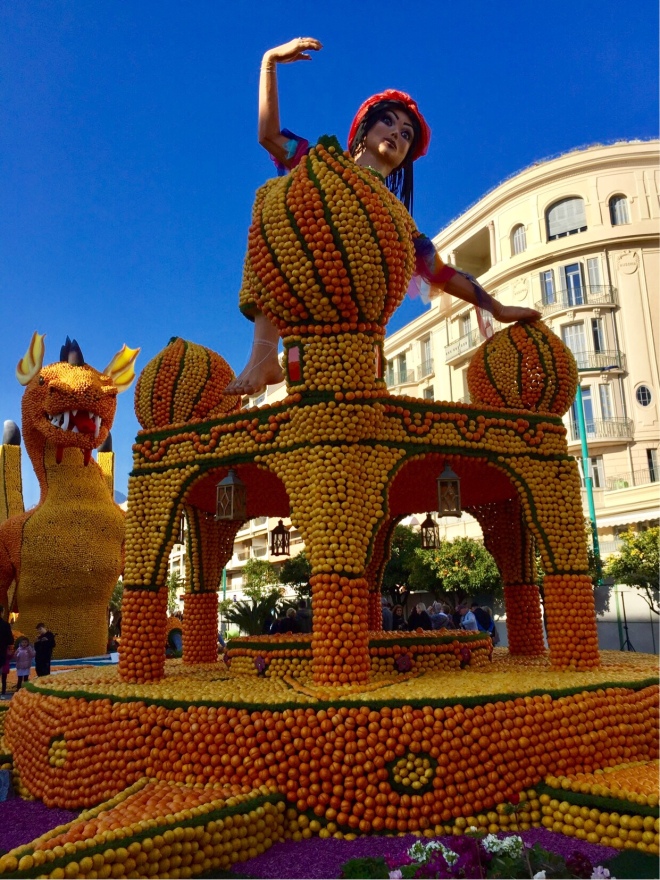 The lemon themed food was excellent too and we enjoyed some beautiful meals and of course, quite a lot of Tarte au Citron.