We had heard good things about the town of San Gimignano, a small walled village about half way between Florence and Siena, and were looking forward to visiting it – sadly we were disappointed.

Famous for its fascinating medieval towers that were built ever taller by rival families in a contest to demonstrate their superior wealth and power, San Gimignano has been recognised as a UNESCO World Heritage site since 1990.

All the hilltop villages and towns that we had visited up until this point had provided clearly marked parking close to the historic town centres for motor homes/camper vans but this was not the case for Gimignano.

The official site which we found after quite a bit of driving round was one and a half miles (2.4 kilometres) away from the town. There was apparently a shuttle bus that picked up visitors but during the hour or so that we were driving around we didn’t see any evidence of this so sadly we decided to head on to our next destination and miss out on exploring this beautiful medieval town.

We were, however, able to appreciate the famous view of its 14 remaining towers – possibly amongst the world’s first sky scrapers – from the road leading out of town.

Our next destination was Pisa where we found a good motor home park within walking distance of the city centre and which was a very reasonably priced.

Pisa was of course interesting but rather predictable. We enjoyed watching people set up their Instagram shots of the Leaning Tower and were amazed at their ingenuity. The tower was variously shot to appear balanced on people’s heads or hands, or being pushed over/leant on or kicked like a football. It was intriguing to see how much trouble people went to to get that special shot.

It was amazing to see the famous tower and rather strange. On one hand standing next to it felt so familiar and yet it also felt like a really novel experience.

The tower is situated in the Campo dei Miracoli (the Square of Miracles) along with the beautiful striped-marble Cathedral and the Baptistry – all of which appeared to be tilting slightly too.

The River Arno was also very attractive and we enjoyed wandering along its banks and discovering the lovely little Church of Santa Maria della Spina situated right on the river bank.

Strolling through the town we admired the beautiful architecture of the buildings in the fashionable Borgo Stretto, populated with gorgeous shops and lovely restaurants.

Too soon it was time to leave Pisa and head for our next destination – the nearby University town of Lucca.

Famous for its immense and well-preserved Renaissance city walls, Lucca is a great place to visit.

We very much enjoyed cycling round on top of the walls that encircle the historic city centre. They are the only city walls in all of Italy to be completely accessible on foot or bike.

Inside the walls there are secret passages, hideaways and ramparts to explore. 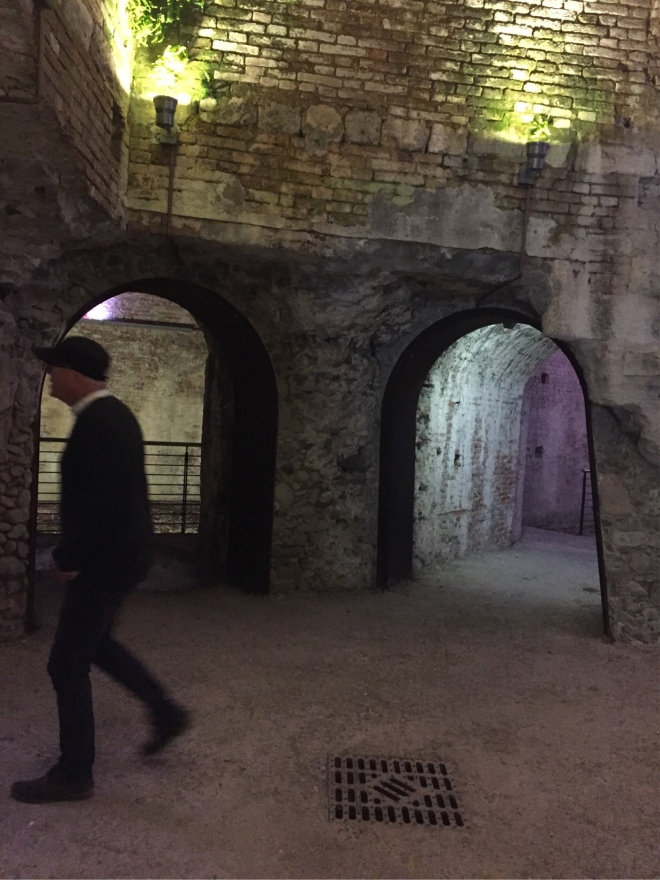 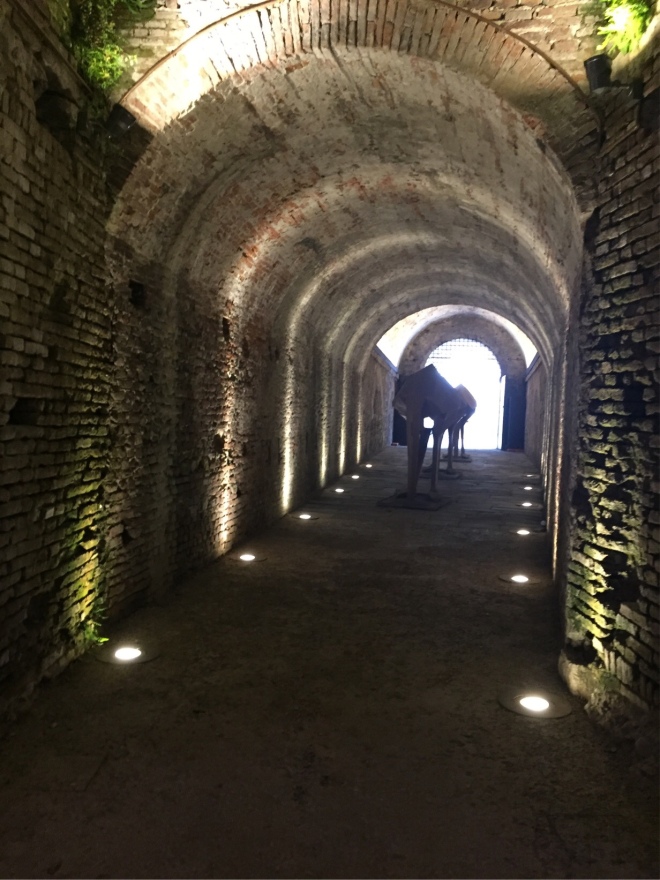 As we cycled round the broad and leafy paths along the massive ramparts we could look down and see a maze of cobblestone streets and admire the Cathedral and a number of beautiful Churches and other marvellous buildings.

Taking a break from “beating the bounds” we cycled into the city where we had a great bowl of pasta and a glass of wine or two before completing the city wall circuit.