On an elevated rock overlooking an inlet on the eastern shore of a sea loch on the Isle of Skye, Dunvegan Castle stands proudly surveying the spectacular vista below.

It was no surprise therefore, to find out that this strategic spot – the ancestral seat of the ancient MacLeod Clan – has been a fortified site from well before the castle was first built by the ancestors of the present day MacLeods in the 13th century.

It was a wet and dreary day on the Isle of Skye so we decided, rather than going for a hike, to spend a few hours discovering the history and treasures contained in this imposing edifice – said to be the oldest residence in Scotland continuously occupied by the same family (800 years and 30 generations).

The MacLeod Clan is one of Scotland’s most celebrated clans. One of its legendary members was Donald MacLeod who, with his youngest son Murdoch, became famous for aiding “Bonnie Prince Charlie” (Prince Charles Edward Stuart) to evade capture after the Battle of Culloden in 1745 and brought him back to Skye before he escaped to France.

It was this escapade that inspired the Skye Boat Song:

“Speed, bonnie boat, like a bird on the wing,
Onward! the sailors cry;
Carry the lad that’s born to be King
Over the sea to Skye”.

This lilting folk tune has recently been made very popular following its use (with adapted lyrics) as the theme to the hit TV series “Outlander”.

Since its beginnings in the 1200s, the castle has been developed piecemeal over the centuries and its present day version was remodelled in the 18th Century in medieval style.

Once inside the castle, the first thing that struck us was the imposing staircase in the entrance hall which we were able to climb and then wander around through some of the rooms upstairs.

There were many impressive portraits of Lairds and other members of the Clan on the walls and also lots of artefacts to gaze at, including the famous fairy flag.

The fairy flag, kept In a special display case due to its delicate condition, is the prize possession of Clan MacLeod and was purported to be given to the clan by the fairies (with a variety of mysterious legends explaining how this happened) and is said to have magical properties. Experts have dated the flag to the 4th and 7th centuries and it is believed that the silk came from Rhodes or Syria. So fairy gift or not, the flag is very old and extremely valuable. 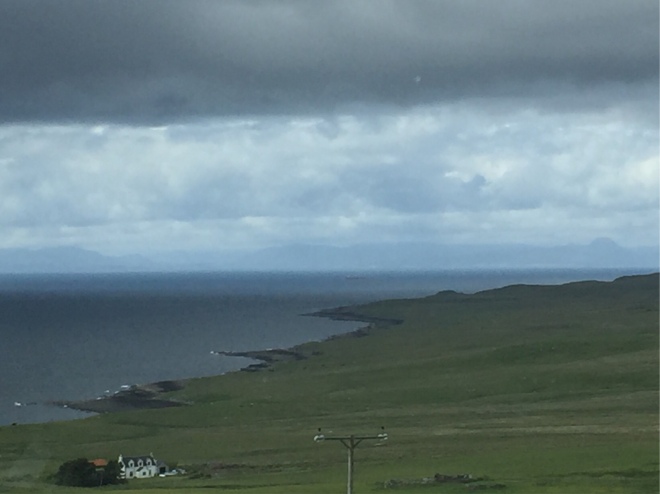 After a fascinating few hours we were on our way again – this time over to the mainland and then heading for Fort Augustus along the picturesque shores of Loch Aish, over Loch Long, along the edge of Loch Duich and Loch Cluanie and finally, along the south western stretch of Loch Ness to Fort Augustus. 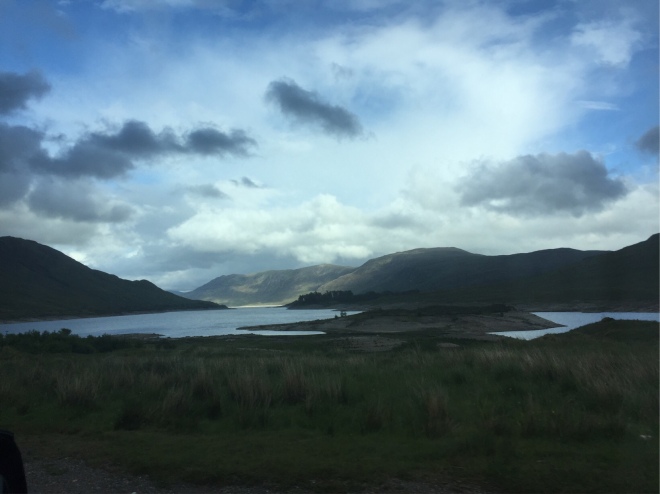 We arrived at the Loch Ness Highland Resort in Fort Augustus to find a huge, very neat, site with hardly any camper vans in it. There were however, many rabbits!

The site was well priced and had great facilities and was just a short walk from the centre of Fort Augustus which sits at the south-western end of Loch Ness. Here the Caledonian canal joins the loch for part of its journey from the east coast of Scotland at Inverness to the west coast at Corpach near Fort William. 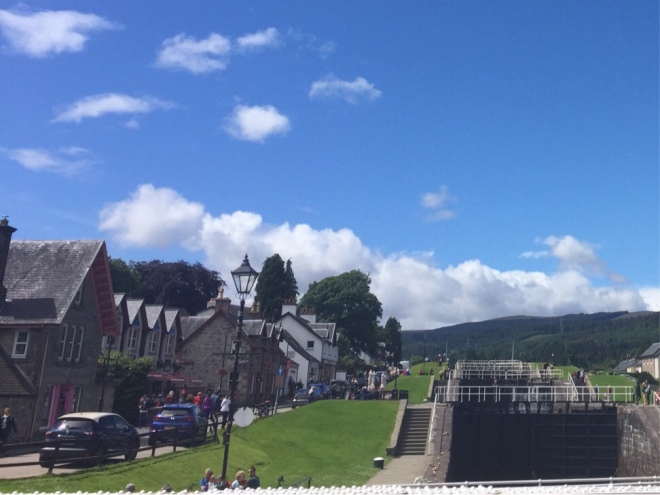 It was fascinating to see the dramatic series of locks stepping down to Loch Ness right in the heart of Fort William. There were a number of boats that were waiting to travel through the locks towards Loch Ness and a few that were moored near the entrance to the loch waiting to take off towards the west coast. 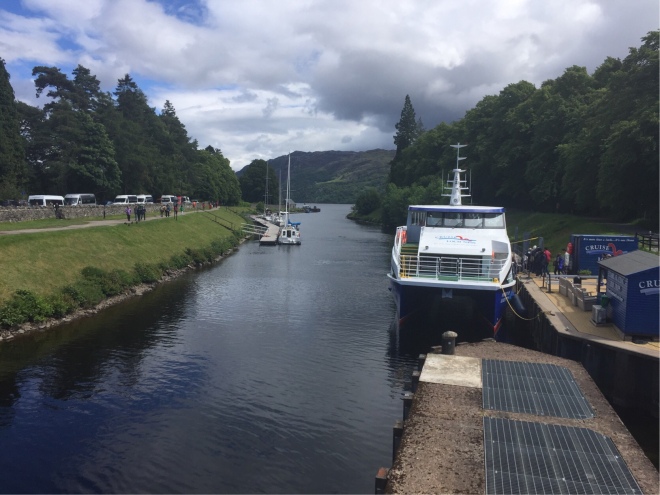 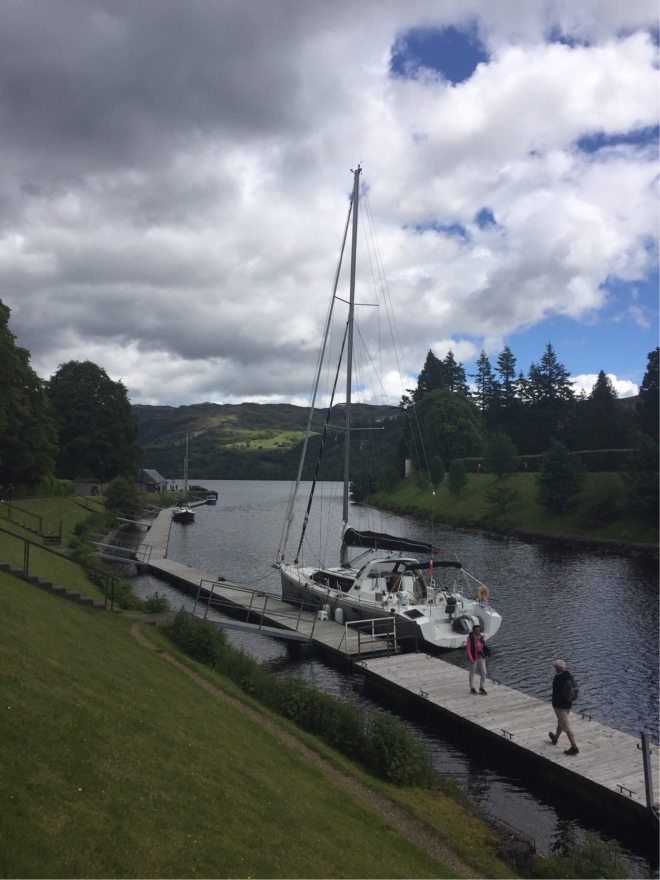 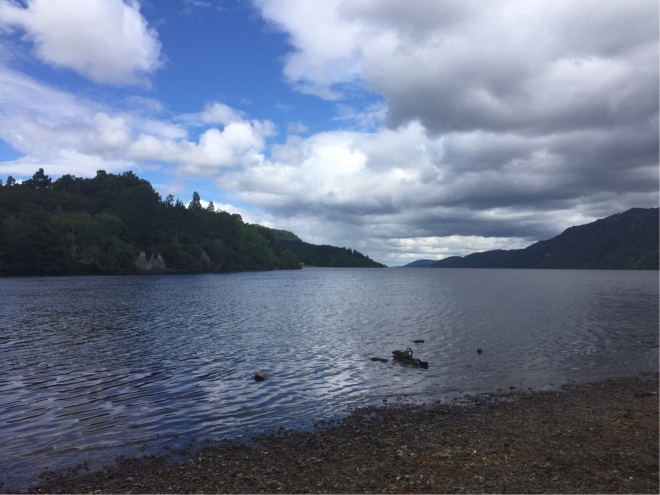 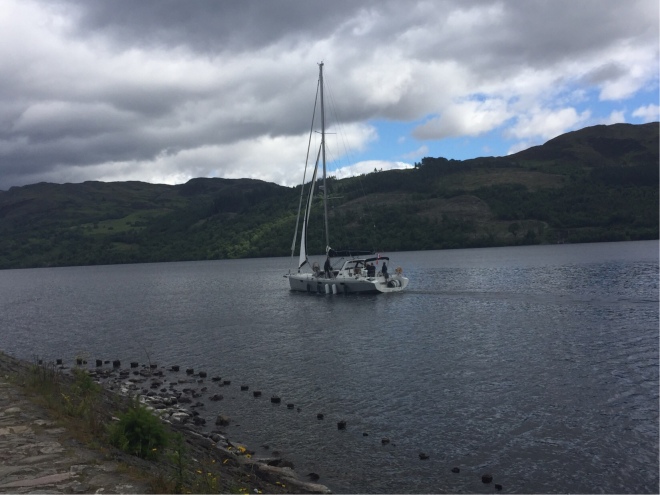 From the canal we were able to see the site of the old Fort that was completed in 1742, and which later became an abbey and then a school which closed in 1993.

After that it became a heritage centre but failed and has now been converted into apartments known as The Highland Club.

Our stay in Fort Augustus was short as we had a date with friends that weekend in the beautiful Highland village of Garve, situated on the Black Water River, in Ross-shire. 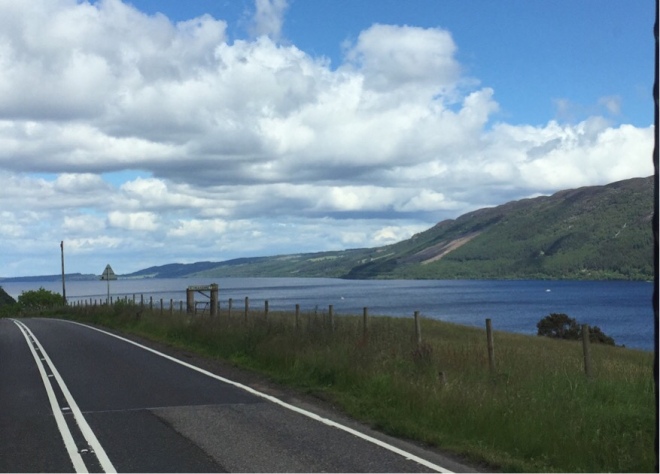 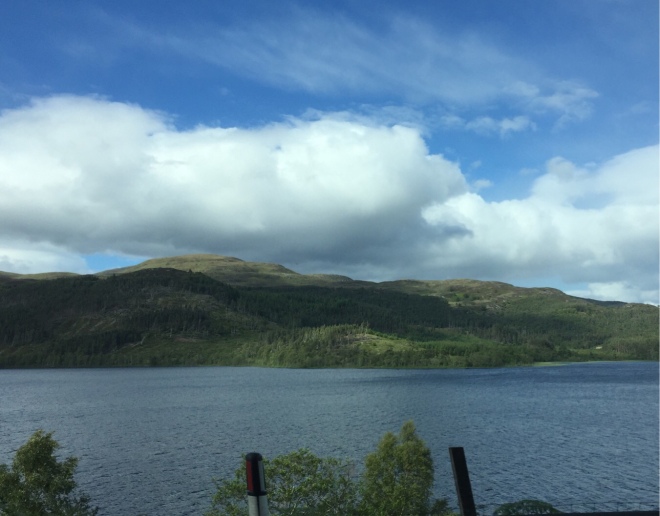 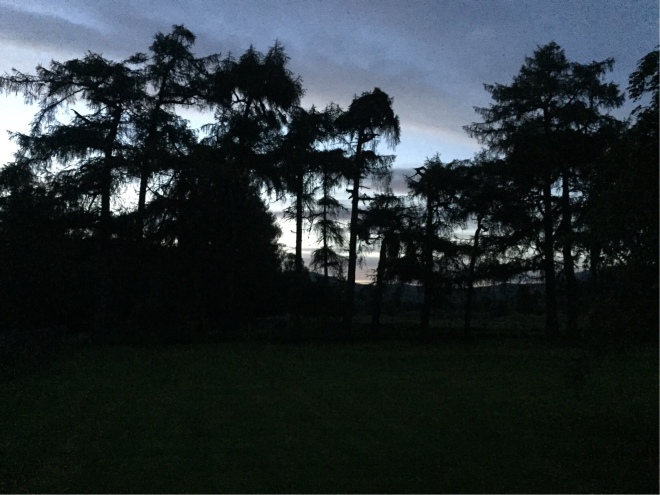 Note: “Jock” is an English slang word often used to describe a Scot.