Like migrating swallows we decided to head south from the Netherlands towards the (supposedly) warmer climes of Northern Spain. We had thoroughly enjoyed a month with our daughter Hannah and son-in-law-to-be Pieter, but there is only so long that you can disrupt other people’s lives without outstaying your welcome! Besides, our feet were beginning to feel itchy again.

It took us quite a while to get loaded up as we had pretty well stripped the van when we arrived in Pijnacker in December. The reorganisation meant that we didn’t get going until early afternoon.

We waved a sad goodbye to Hannah and Pieter (isn’t it always a wrench?!) and set off in the grey drizzle, hoping to reach France by nightfall.

Getting past the Rotterdam ring road was really slow – probably because of the pouring rain but we finally made it to the freeway and at last felt we were making progress. We crossed over the border to Belgium and soon the rain stopped and we were powering our way through to France.

After a beautiful sunset we crossed over the border and found a quiet stop in a park by a lake in Roubaix. It seemed amazing that in just a few hours we had driven in three countries! 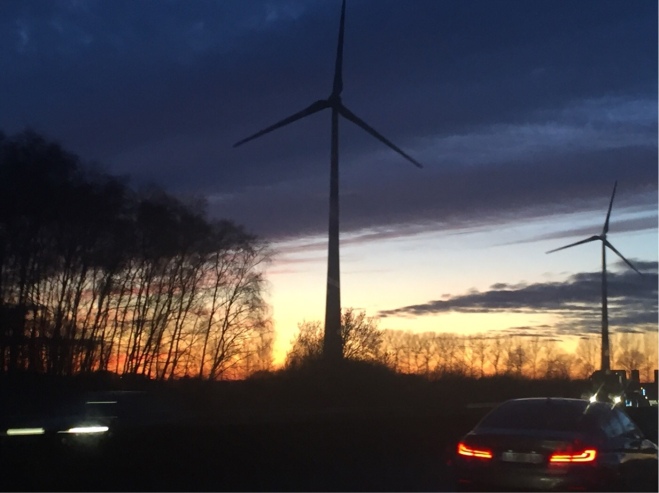 So much for finding warmer weather – it was three degrees Celsius when we woke the following day. Regardless, we set off on our chosen route that took us around the outskirts of Paris. Big mistake! It was incredibly busy and we sat in traffic for what seemed like ages, making little progress. 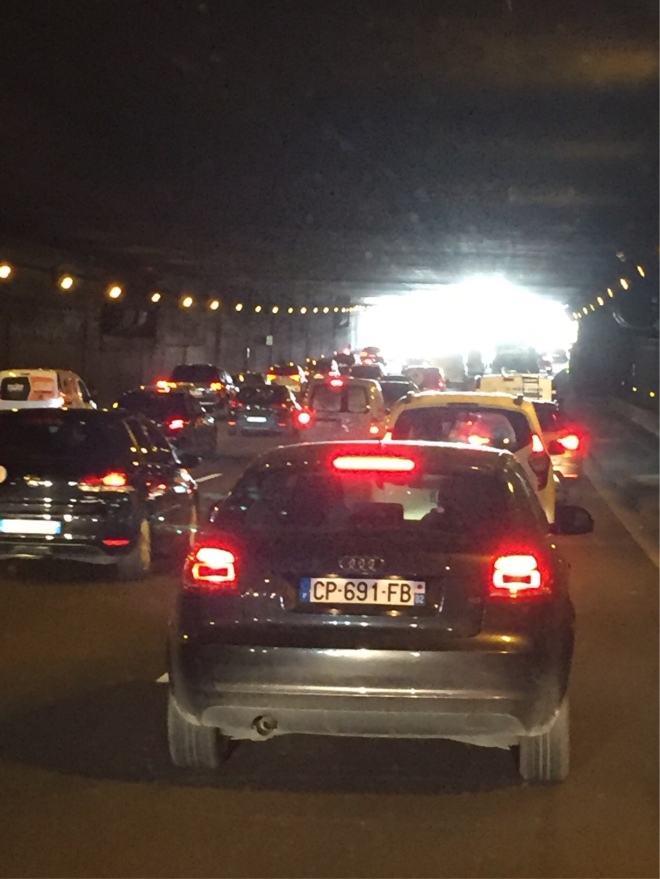 However, the traffic chaos was all forgotten a couple of hours later when we caught a glimpse of the twin spires of the famous Chartres Cathedral. We decided to stop to have a walk and perhaps look round the Cathedral if we had time. 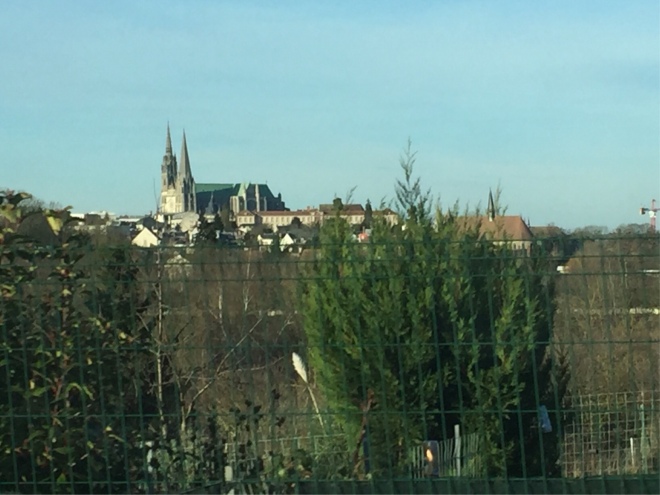 We thought that we could reach the Cathedral via the very lovely Luisant Park but for some reason we misjudged the route and ended up walking in a huge circle. It really didn’t matter as the walk was wonderful. 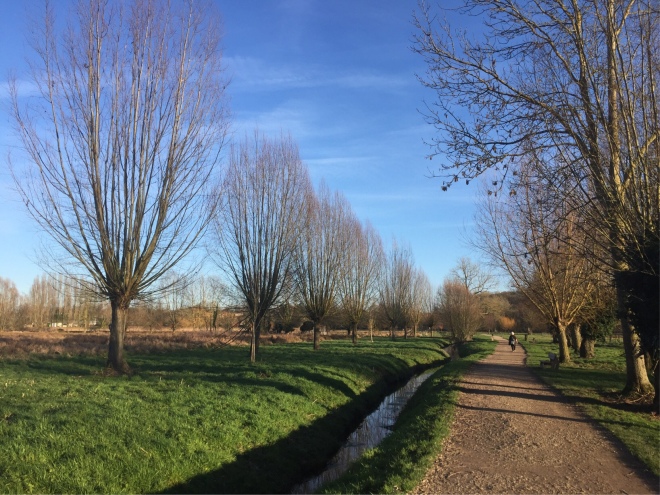 Our next stop was in Vendome, one of the main towns on the River Loir (not to be confused with the River Loire) and full of historic buildings including an Abbey and a ruined castle. 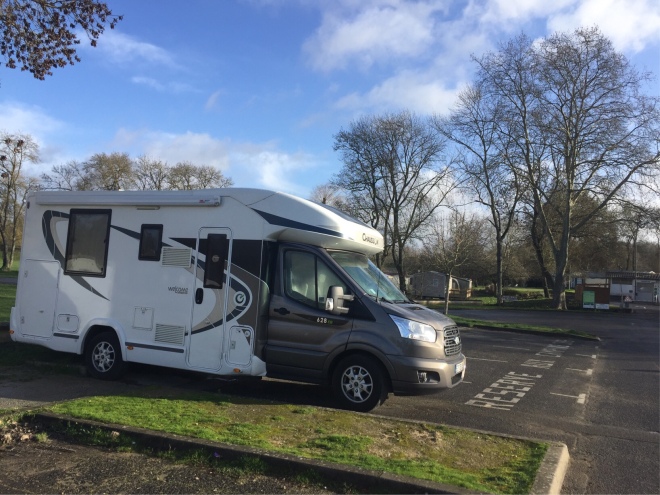 We stopped for the night in a car park just a short walk from the centre of town and a stone’s throw from the impressive Abbaye de la Trinité which was founded around 1030 and which famously claimed to possess a tear shed by Jesus at the tomb of Lazarus. 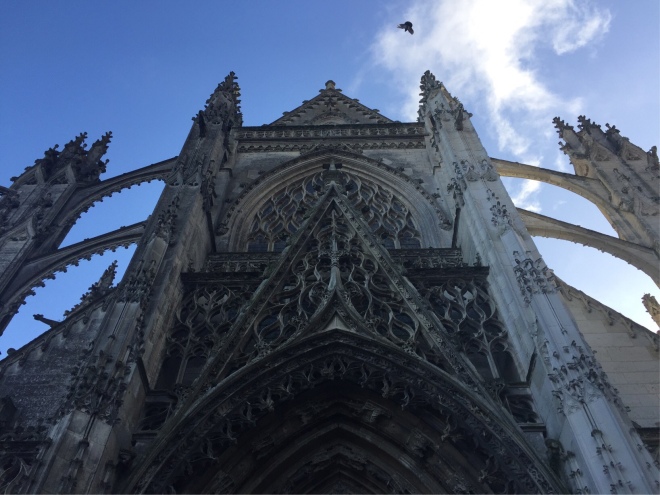 The town is very attractive – partly because the River Loir splits several times and the different arms of the River intersect the streets – no matter where you wander, you come across water.

After visiting the Abbey we strolled through the pretty streets of Vendome, admiring the graceful buildings and ogling the tempting cake and chocolate shops and the colourful fruit stalls in the street market. 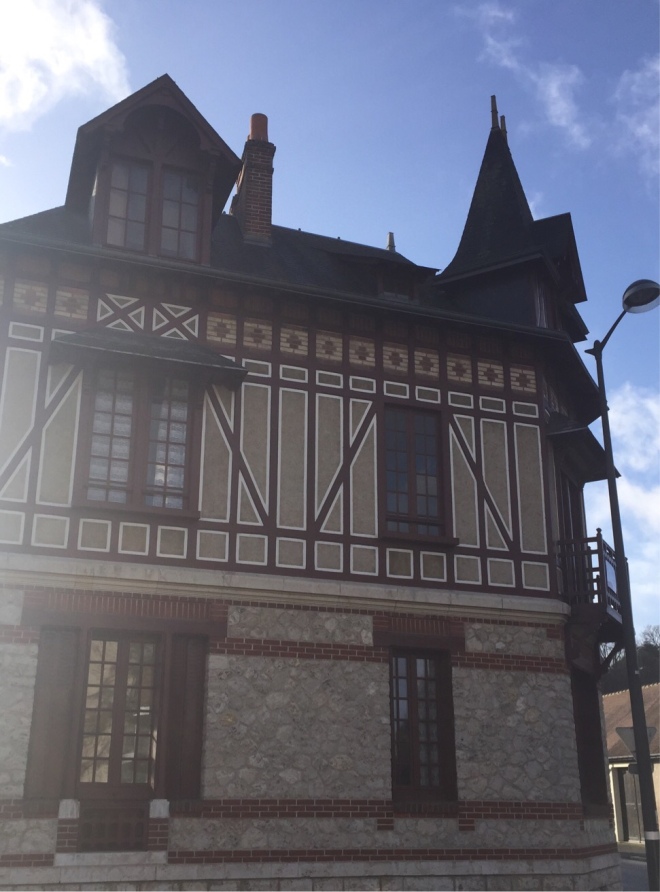 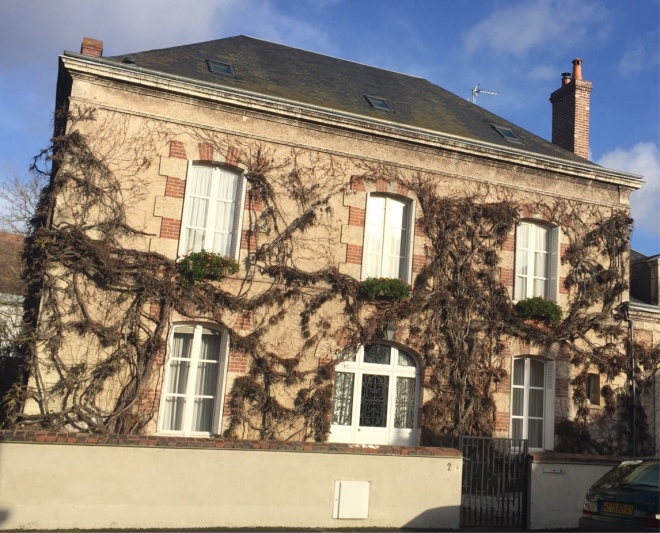 It felt like Spring as the sun was shining and the civic flowerbeds were full of spring flowers – pansies, primroses and other primulas. 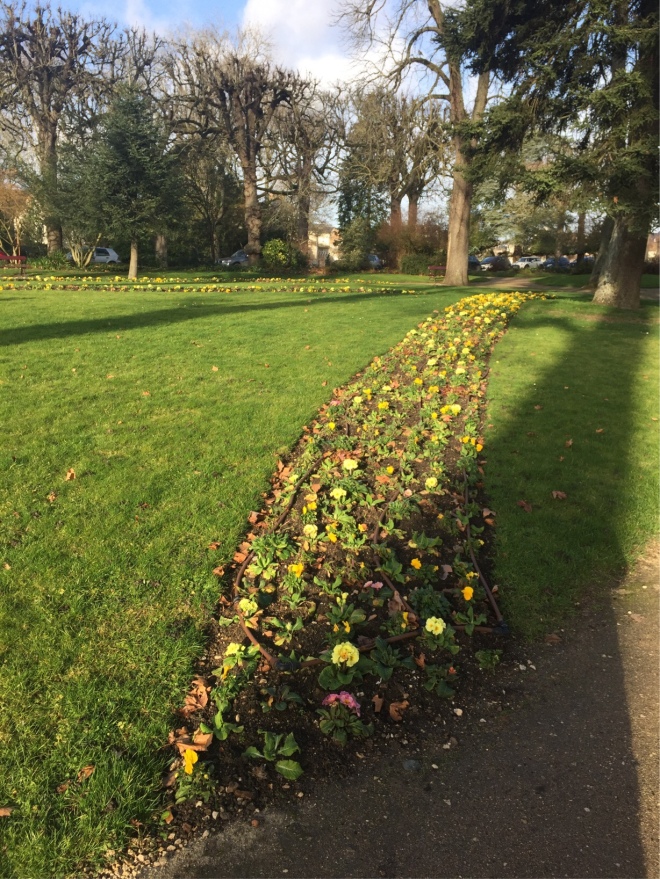 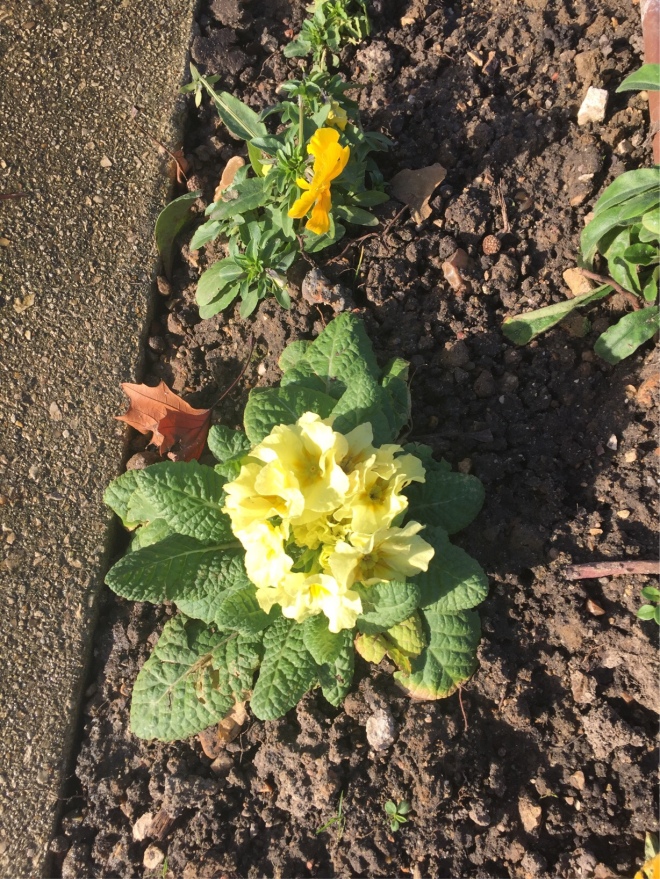 We decided to walk up the winding hill to the ruins of the 11th century castle. The climb was well worth the trouble as the views were magnificent. 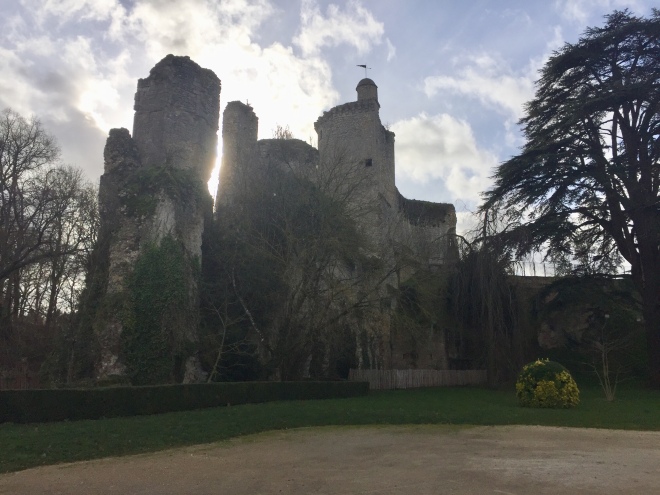 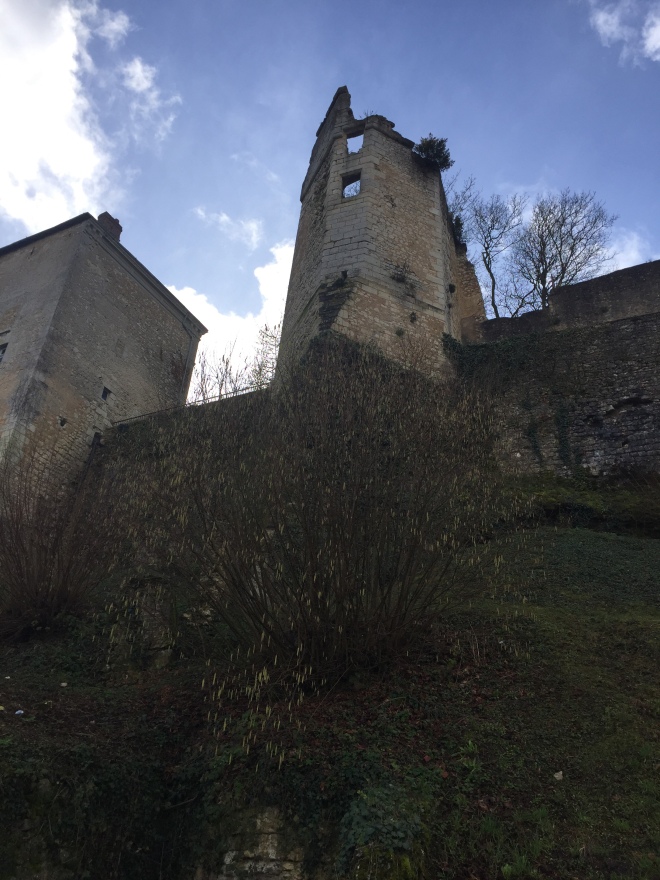 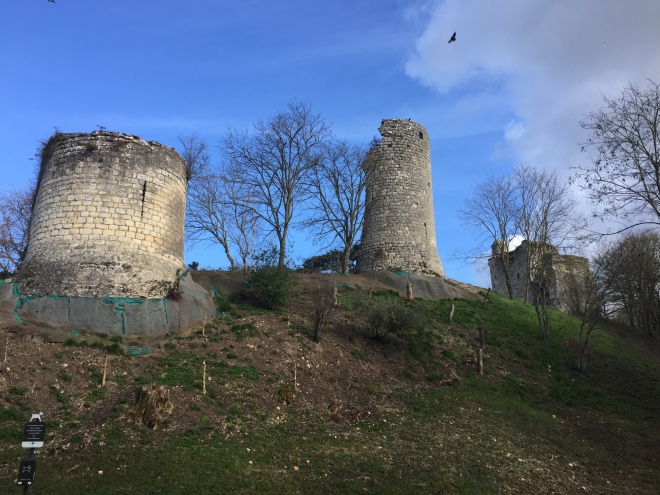 From Vendome we travelled to Bordeaux where we spent the night but didn’t stop to look around as we were keen to get to Northern Spain. 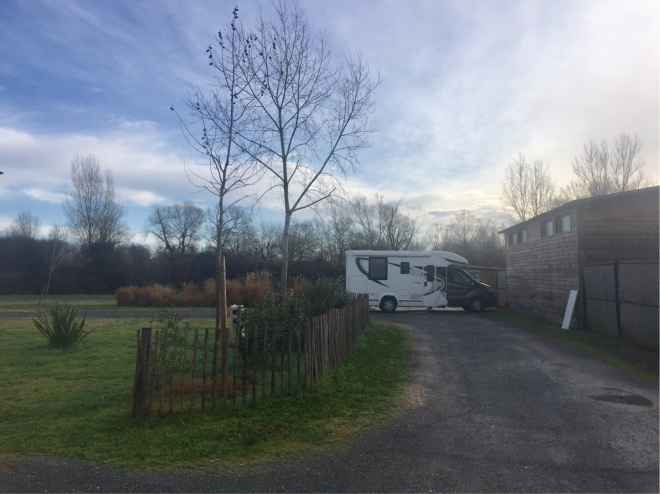 Our first stop was bang in the centre of the Spanish Basque region – a town called Onati, nestled in a valley and surrounded on three sides by beautiful mountains. 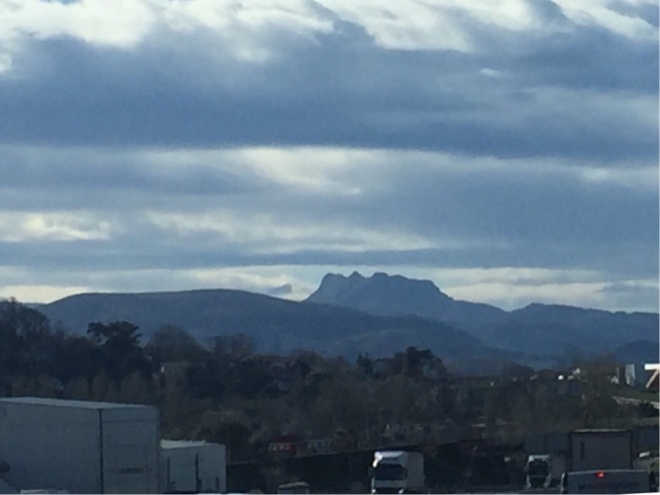 We were hoping to find somewhere cosy which served delicious food but sadly the place was all closed up and was eerily quiet – except for groups of children riding their bikes and scooters or (in the case of the young teenage girls) huddled together with arms crossed and heads touching having a good old catch up. 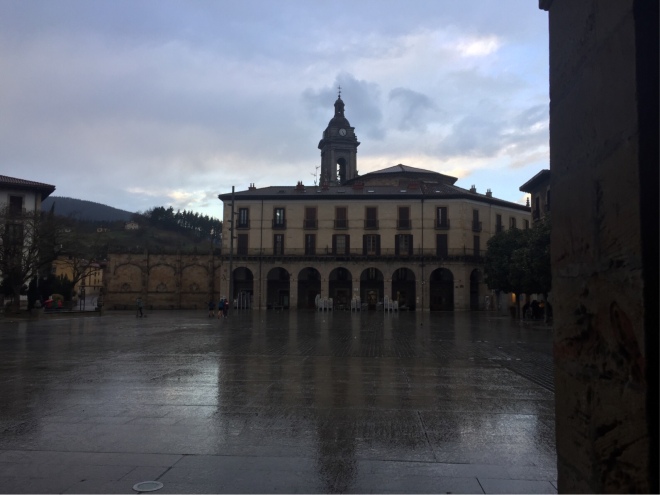 There were some gorgeous buildings though, including the Monastery of Bidaurreta that was built between 1510 and 1520 and is still a functioning cloistered convent for the Poor Clare nuns today! 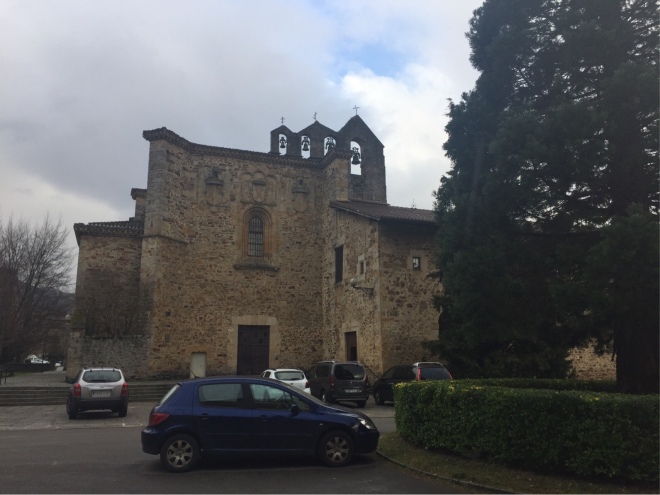 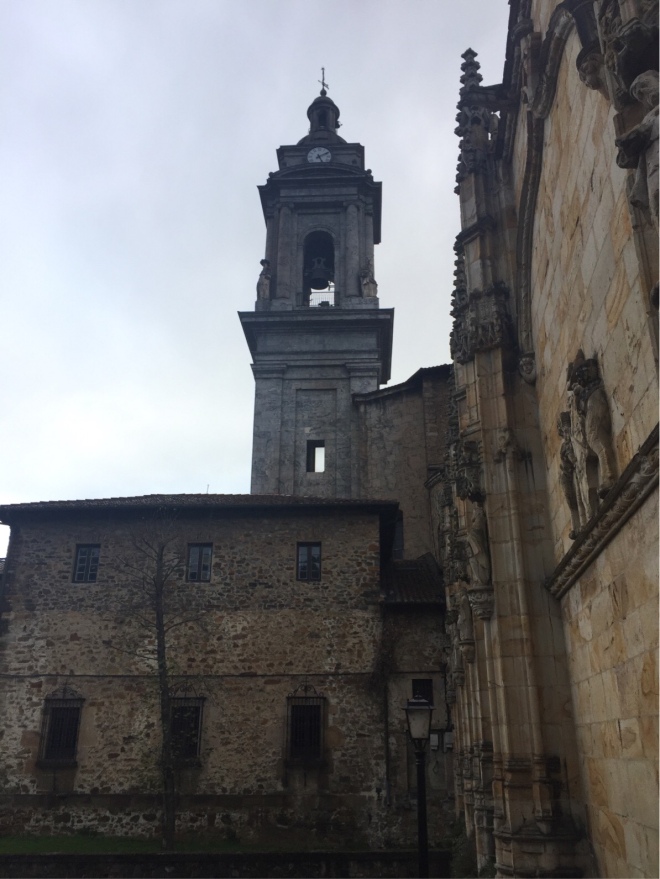 We enjoyed wandering around and soaking up the architecture even though it was raining. 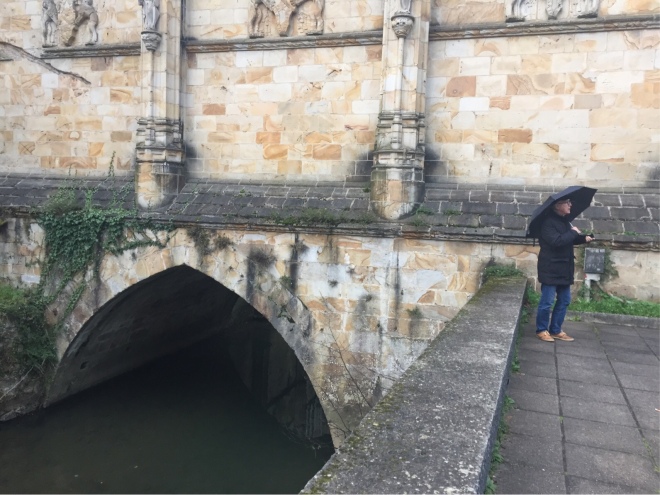 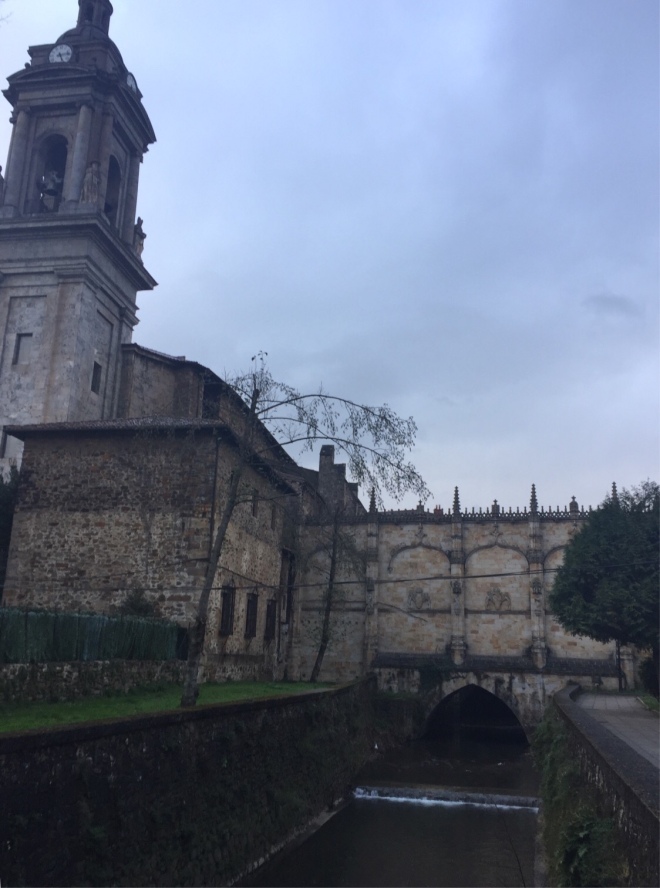 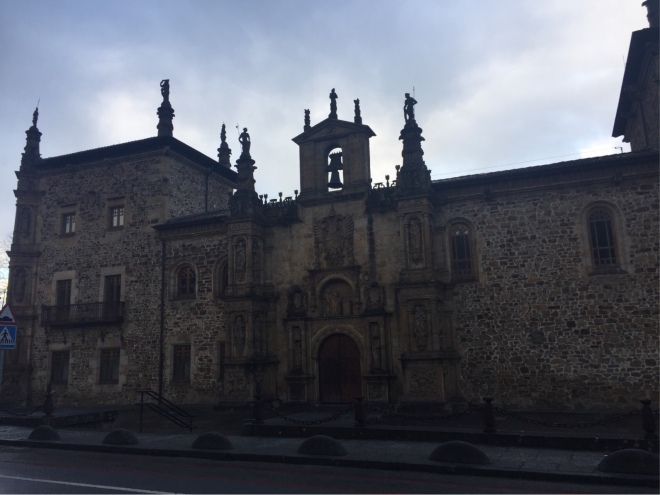 The following day we headed towards the historic town of Frias. The landscape soon became much more dramatic and interesting and we were curious about what we would find at Frias – known for being the smallest city in the world! 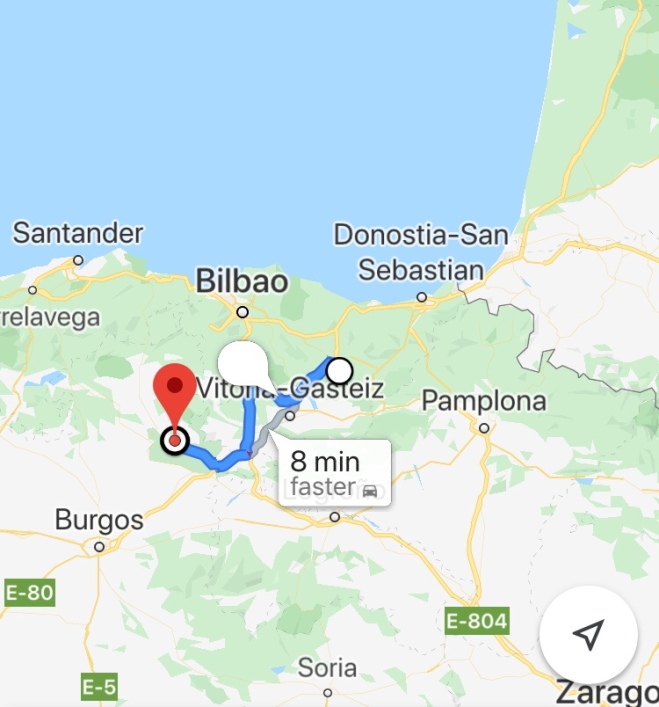 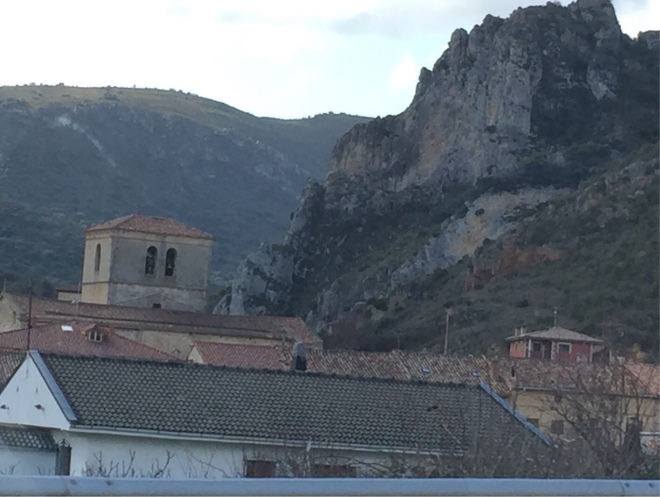 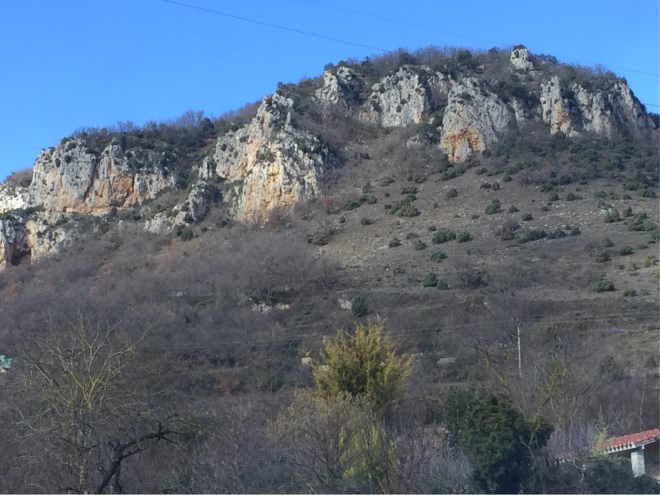