After a fascinating morning in the town’s War Museum we departed Narvik in the early afternoon headed for the city of Tromsø.

Located 350 kilometres (217 miles) north of the Arctic Circle on the island of Tromsøya, Tromsø is connected to the mainland by the 1,036 metre long Tromso Bridge.

By late evening we were about an hour from Tromsø so we decided to spend the night at a roadside stop and travel on to explore the city the following day.

Tromsø is meant to be warmer than most other places located on the same latitude, due to the warming effect of the Gulf Stream, however you could have fooled us! We arrived on a drizzly, miserable day and despite being wrapped up in jeans and jackets we felt distinctly chilly. Strangely, we saw a number of locals strolling around in shorts and t-shirts so perhaps to them it seemed mild!

We had been intrigued to see so much tree-growth (amazingly including quite a lot of apple trees) in this part of the world but once we learned about the Gulf Stream we understood why the landscape wasn’t composed almost entirely of tundra as we had expected.

There was plenty to see and do in Tromsø including the Arctic Cathedral, the Polar Museum and Polaria – the world’s most northerly aquarium.

Animal shows normally make me feel very uncomfortable but the trainers at the seal show said that their charges were originally captured for research (that would benefit seals) and after the research was halted the seals wouldn’t have survived in the wild. The training that they participated in every day was necessary to keep them interested and fit and not done just as a show for tourists.

At the Polar Museum the main exhibits featured expeditions to the South Pole, polar seafaring tradition, polar hunting legends etc but the most fascinating exhibit for us was about the Sami people who inhabit Sápmi – a region stretching over four countries – Norway, Sweden, Finland and Russia.

Traditionally, the Sámi have pursued livelihoods such as coastal fishing, fur trapping, and sheep herding but their best-known occupation is semi-nomadic reindeer herding. Nowadays only about ten per cent of the Sámi are connected to reindeer herding.

Our final destination before heading back south again was Hammerfest – a 440 km drive from Tromsø and Norway’s northernmost “town” (although not the northernmost settlement – towns in Norway must have a population above 5,000 for that legal distinction.)

The road trip was again absolutely stunning – just when we thought the scenery couldn’t be any more beautiful it put on such a display – we were left awestruck! 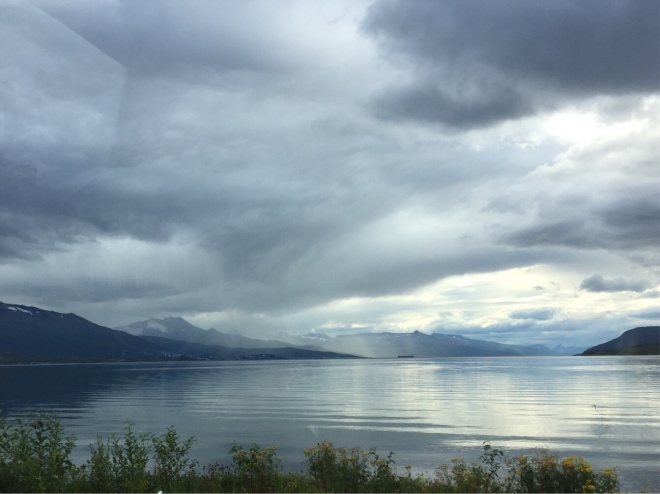 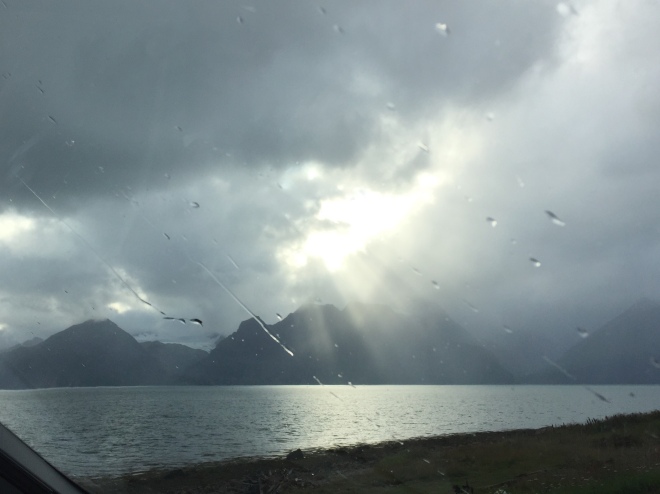 We spent a great night under the shadow of a mountain and on the shores of a fjord. The following day we stopped outside Alta to visit the incredible collection of rock carvings at Jiepmaluokta. Discovered in 1973, there are thousands of carvings at this site which has now been turned into an open air museum.

The oldest carvings are believed to have been made around 5,200 BC and the most recent in around 500 BC. 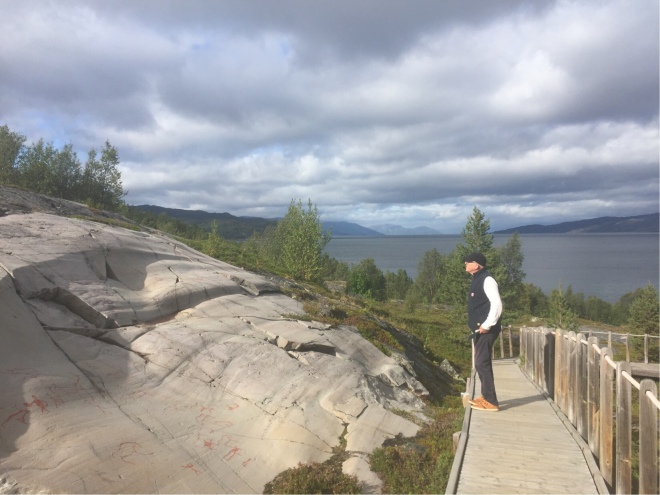 These extraordinary carvings depict a hunter gathering culture and include scenes of reindeer herding, boat building, fishing and shamanistic rituals.