For me, the highlight of our stay in the remote most northern Norwegian town of Hammerfest was becoming a member of the venerable Royal and Ancient Polar Bear Society (member number 267,715).

To become a member of the Royal and Ancient Polar Bear Society (established in 1963!) you have to have travelled to this isolated town and visit the exhibition at the coastal steamer pier. I had to pay a one time (and rather pricey) membership fee which supports the exhibition and paid for my (very tiny) silver and enamel Polar Bear pin, my membership card and a “diploma” with my name on signed by the mayor of Hammerfest. 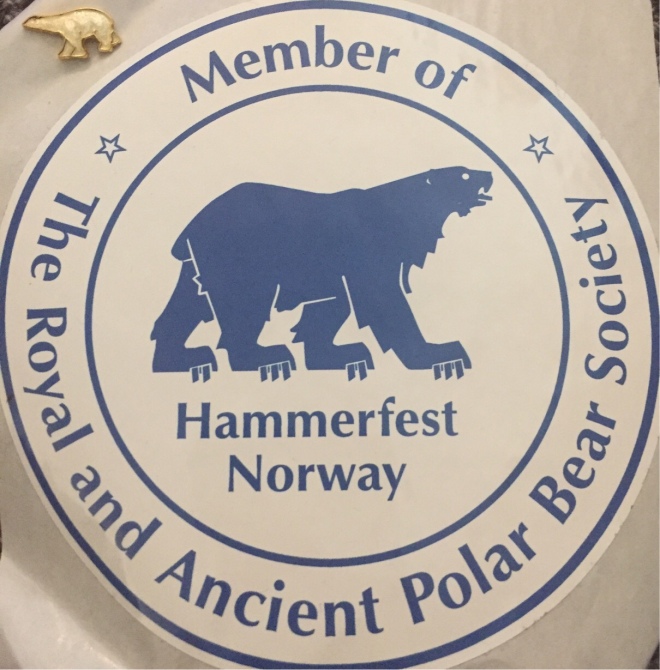 Despite the fact that you will not ever see a wild polar bear in Hammerfest, this magnificent animal adorns the town’s coat of arms and statues of polar bears guard various public buildings. Apparently it was chosen to symbolise Hammerfest’s tradition as a centre of polar exploration and for hunting and fishing expeditions.

Hammerfest is located on the northwestern coast of the island of Kvaløya and is described as the northernmost town in Norway although there are settlements further north (in Norway settlements must have a population above 5,000 to be called a town.)

The picturesque town has a small airport and has a busy little port which is a popular stop for the small cruise ships that ply the coast of Norway.

Another high spot of our Hammerfest visit was seeing deer grazing along the roadside leading into town and even in the town itself. In fact the drive in to Hammerfest from Alta was really amazing as in addition to the many deer, the landscape was really dramatic. 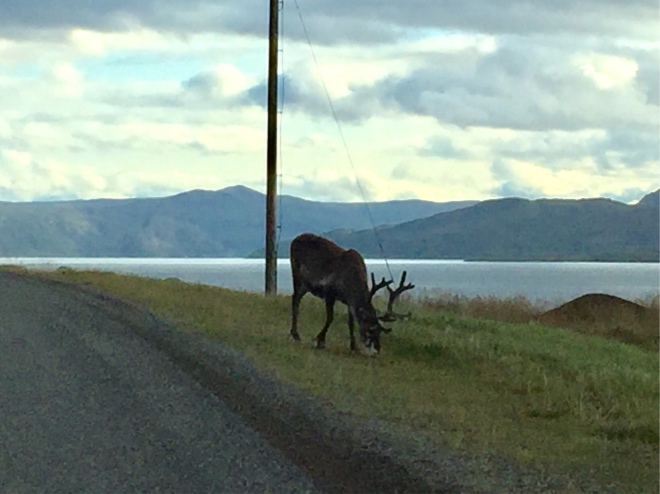 There wasn’t anywhere suitable to stay the night in Hammerfest so we kept driving further north along a wild and treeless road and spent the night in a rain and windswept spot overlooking the water. It felt like we were on the edge of the universe! 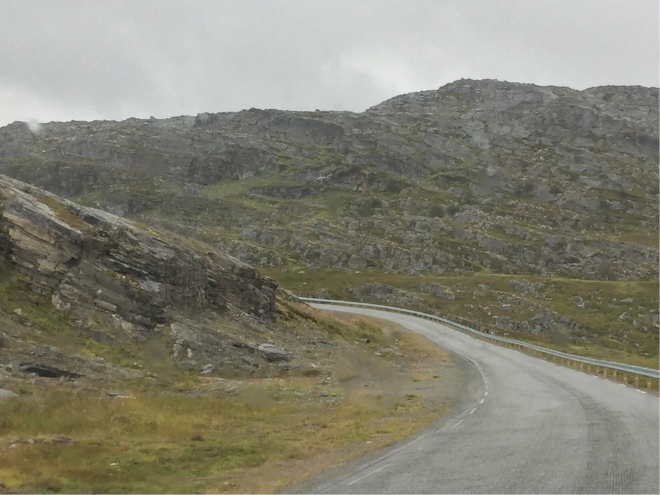 Originally we had decided to stop travelling on after visiting Hammerfest but then while we were there we came across an interesting brochure which encouraged us to keep driving eastwards across this most northerly and amazing part of the world.

So we were on the road again – this time driving east heading for Kautokeino, one of two cultural centers of Northern Sapmi (the native land of the Sami people), the other being Karasjok.

In 1852, Kautokeino was the site of a Sami uprising against the Norwegian authorities. This was one of the few violent clashes involving the Sami against the exploitational policies of the Norwegian government and was the only known confrontation between Samis and Norwegians with loss of human lives.

From Kautokeino we drove on to the other Sami centre, Karasjok. There was a great museum there with a lot of information and artefacts illustrating Sami life including an impressive collection of costumes over the ages, sleds, skis and hunting implements. In the grounds there were a collection of typical Sami homes. 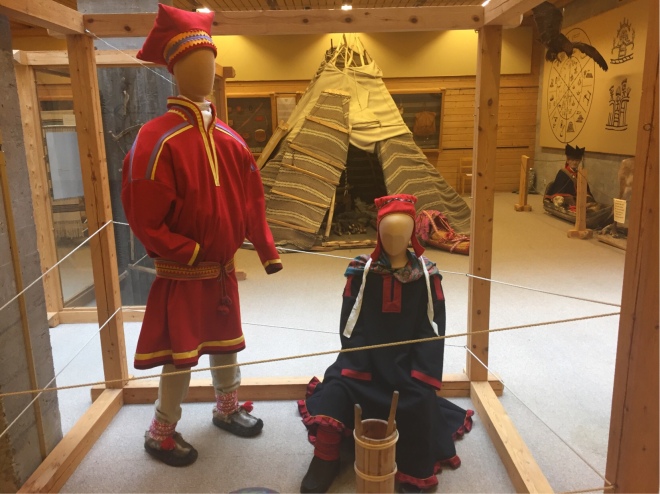 Close to the museum was a more commercial venture, the Sampi Park that had a great gift shop. As we were drawing to the end of our Norwegian adventure, we enjoyed stocking up on a few gifts to take back to Australia.

2 thoughts on “Polar bears and reindeer”