After a great night at the beautiful Croatian campervan park Sirena in Lokva Rogoznica, 26 kilometres from Split, we set off again on our mission to get to Athens as quickly as possible to view a catamaran we were interested in.

We continued driving along the spectacular and breathtaking Croatian coast and after about two hours we reached the only bit of coastline belonging to Bosnia and Herzegovina.

This tiny coastal strip is just 20 km/12 miles long – the second shortest coastline, after Monaco, in the world. The strip contains only one town called Neum.

Apparently this strange aberration is nothing to do with the modern day carve-up of what once known as Yugoslavia. It all happened after the Great Turkish War in the late 17th century! Dubrovnik was apparently so afraid of a Venetian attack that it gave away this tiny tract of land on its northern tip to the Ottoman Empire – to give itself a buffer against Venice. A fascinating but strange explanation. 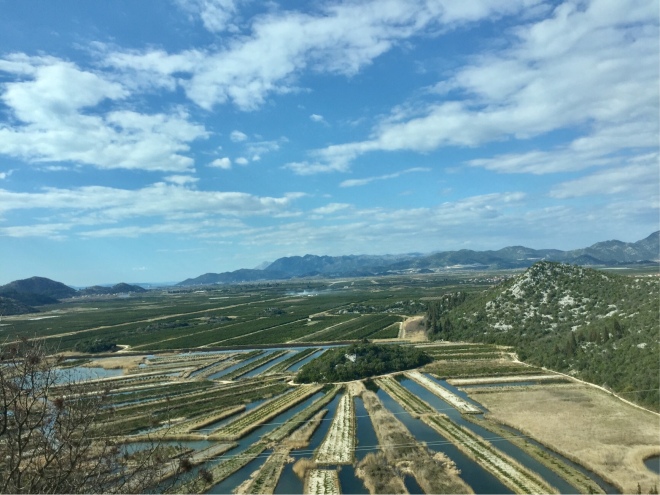 As this was the first non EU country we had crossed into on this trip we weren’t quite sure what to expect. When we entered the non EU country of Norway on a previous adventure we didn’t go through customs or border control. It turned out that it was similar in this instance – although we had to drive through border control, there were no passport or vehicle checks at this crossing for foreigners transiting without stopping in Bosnia and Herzegovina.

Exactly twelve minutes later we were crossing back into Croatia so we felt as though we had “blown in” to Bosnia Herzegovina and “blown out” again. In less than two hours we were driving past the amazingly beautiful Croatian city of Dubrovnik.

Shortly after that we turned inland, climbing up a winding and narrow road and were soon once again at a border between Croatia and Bosnia Herzegovina.

We departed Croatia with no problems but going through passport control into Bosnia Herzegovina we were asked for the camper van’s registration papers. 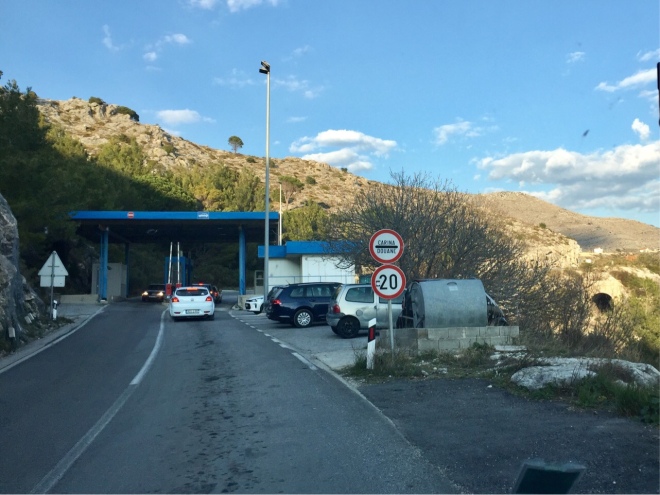 Turns out that we were totally wrong to do this as the registration papers are the equivalent of a vehicle’s passport. You could hardly blame the guards for being a bit distrustful of us – An Aussie and a Kiwi travelling on British passports in a French van!

Despite all our documentation the bolshie Bosnian border guards bundled us back to Croatia. They absolutely would not let us through despite the fact we were planning to keep driving and not even intending to stay the night in Bosnia Herzegovina. So back we went again, through Croatian border control, back down the steep and winding hill, back towards the coast and back to square one.

Plan B – hatched on the way back to the coast road- was to keep driving through Croatia and head for Montenegro and hope that the border guards allowed us through. We were quite anxious by this time as Montenegro is also a non EU country and might also be very strict about correct documentation. What would we do if we were turned away again?

It took us another hour to reach the border crossing Karasovići into Montenegro and it was starting to get dark which added to our feelings of unease.

Again we were asked for our papers and thankfully after much discussion between the border guards and with the boss officer being called in, they finally decided to let us through.

By this time we felt quite exhausted but had to keep driving for another hour and a half before we found a 24 hour car park in the seaside town of Kotor where we stayed the night.

It was completely dark by the time we arrived but we could see a castle and old city walls as we drove in. When we woke up in the morning we could see how beautiful it was – with dramatic mountain scenery and a lovely little bay with still, clear water. 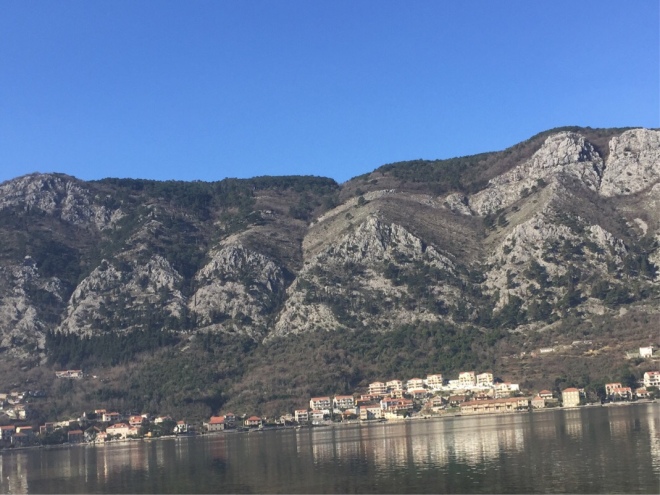 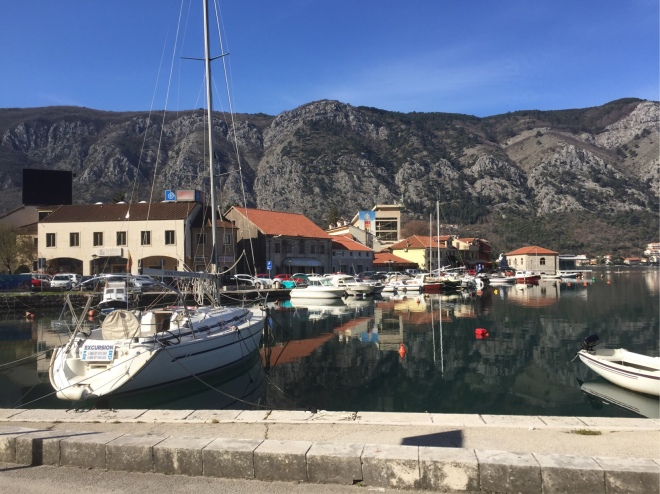 We wished we could have stopped in Montenegro longer as it looked very beautiful and also very interesting but we were on a mission to get to Greece.

Our next challenge was to see if we could get over the border into Albania without our registration documents. To find out what happened watch this space!