Pigs might fly but do cows walk over motorway footbridges? Well yes apparently they do in England!

We were on our way from Dorset to visit one of my sisters in South London when we saw this very unusual (to an Australian anyway) sight.

Our stay in London was short but sweet but we went on some beautiful walks in the lovely local Kelsey Park which until 1909 had been part of the grounds of a Manor House.

I had spent many a happy hour in the park as a child feeding the ducks and spotting squirrels so our present day walks brought back many happy memories.

More happy memories were brought back at the Mary Quant exhibition held at the Victoria and Albert Museum. 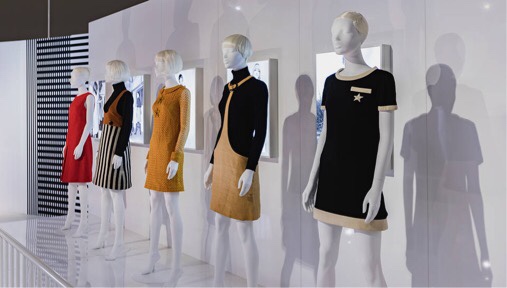 The exhibition was full of ladies in their 60s and 70s in their sensible shoes and modest skirt lengths nudging each other and exclaiming “remember I had boots like that”, “ooh I had that dress/skirt/hot pants/makeup”. 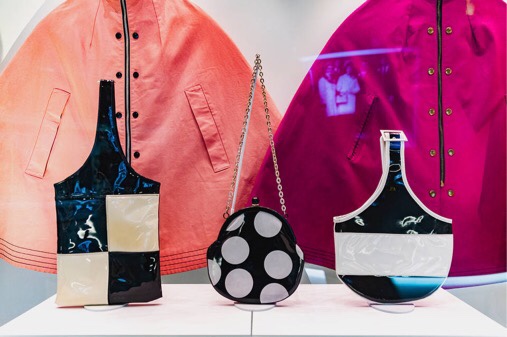 With our matronly figures and lived-in faces it felt rather melancholy remembering how our generation was at the vanguard of a vibrant and exciting movement that changed fashion from haute couture for the very wealthy to fun, hip and colourful clothes aimed specifically for the young and definitely not rich. 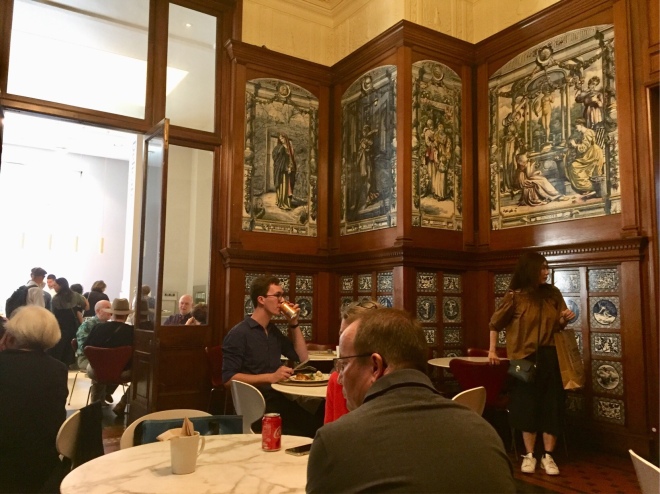 Also at the V and A, after lunch in the marvellously decorated and stained-windowed cafe, we were able to see fashion at the other end of the fashion spectrum – the Dior exhibition.

The Dior gowns were fantasical fairy tale garments made for princesses and the extremely wealthy. Each and every one of the garments was made from the most gorgeous fabrics and with Dior”s genius and imagination. Just breathtaking!

From London we headed to Dorset once again to spend the weekend with dear friends who live in Bournemouth.

One of our favourite things to do in Bournemouth is go on a blustery walk at Hengistbury Head. This imposing sandstone headland juts out into the English Channel and is an important archeological site with findings dating back to the Stone Age as well as being a wonderful and significant nature reserve.

The northern slope of the hill tails off towards the sea and forms Mudeford spit on which stands more than 300 privately owned beach huts – some of the most expensive in the whole of the UK.

In 2015 five of the huts were put on the market for a combined asking price of £1 million (Aus$1.8). On average, the huts measure around five by three metres, have no running water, and the occupants may stay overnight only from March to October.

Despite the relative lack of amenities, the area has become one of the UK’s most desirable summer locations and unbelievably huts are rented out for more than £1,000 a week (Aus$1,800).

If you visit Hengistbury Head be sure to go to the visitor centre to view the excellent archaeology, ecology and geology exhibits there and learn more about the fascinating flora and fauna to be found in the area.

There is also a beautiful wild flower garden at the visitor centre and several stunning hand carved timber benches by sculptor Tom Harvey – other examples of which can be found around the headland. 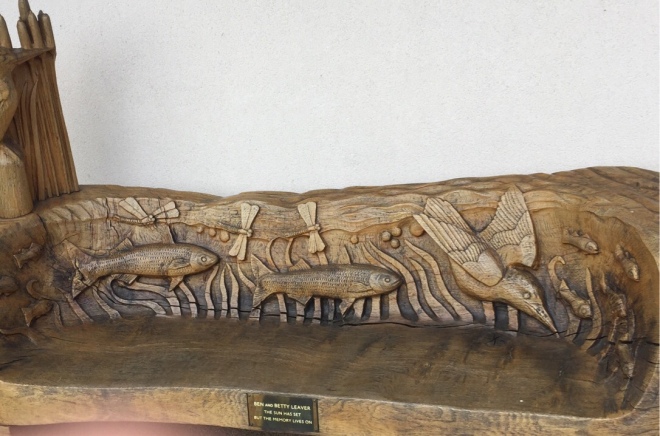 From Bournemouth we drove to Burnham-on-Crouch a tiny town on the Dengie Peninsula on the lonely East Coast of England. 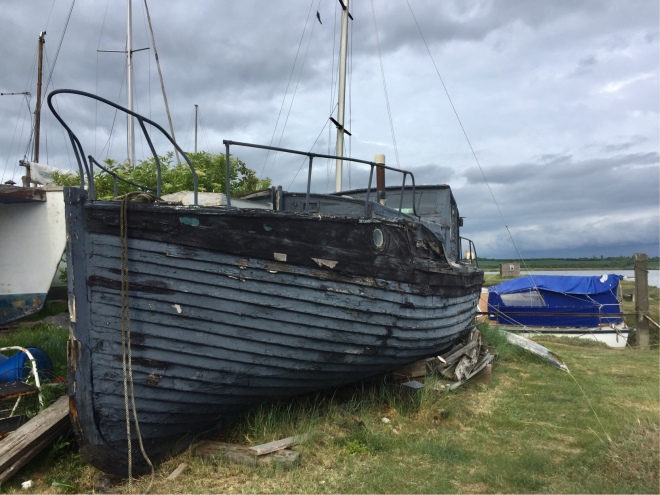 The main reason for our visit was to buy a Rainman portable water maker from the English agent for this excellent Australian product (we are in the process of purchasing a Lagoon Catamaran and are completing the sale in October 2019) but it was also great to discover this rarely visited part of England. 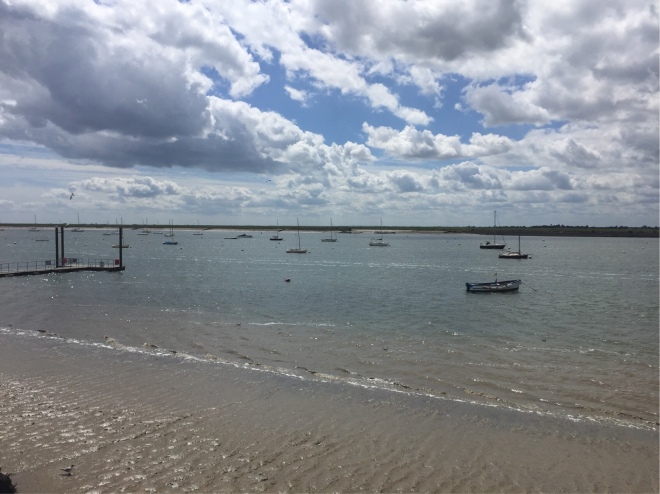 When we planned our visit we hadn’t realised what a delightful spot Burnham-on-Crouch is. Apart from being one of Britain’s top yachting spots, (there are four sailing clubs) the town has 22 licensed drinking establishments including many lovely old English pubs (yachting and alcohol always seems to go hand in hand!). 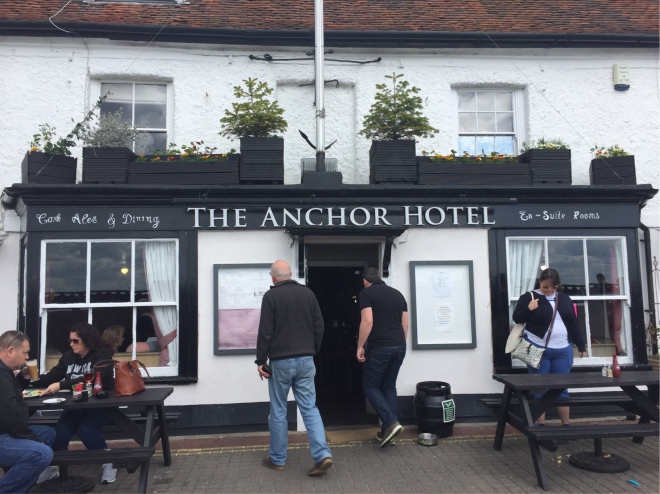 We also went on some lovely walks along the dykes that reminded us of the Netherlands only a few hundred kilometres across the North Sea. 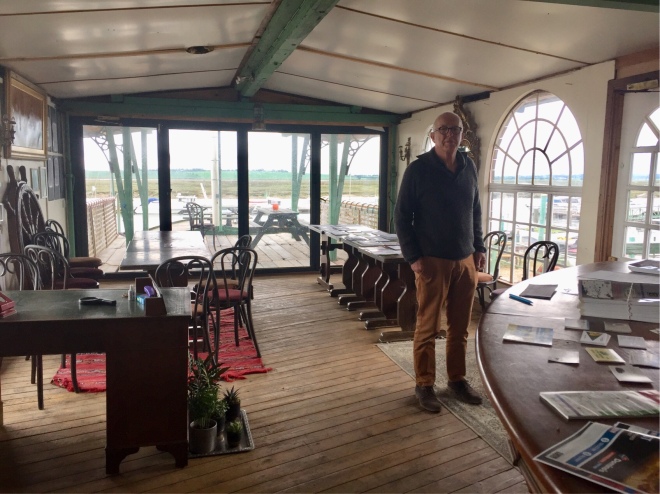 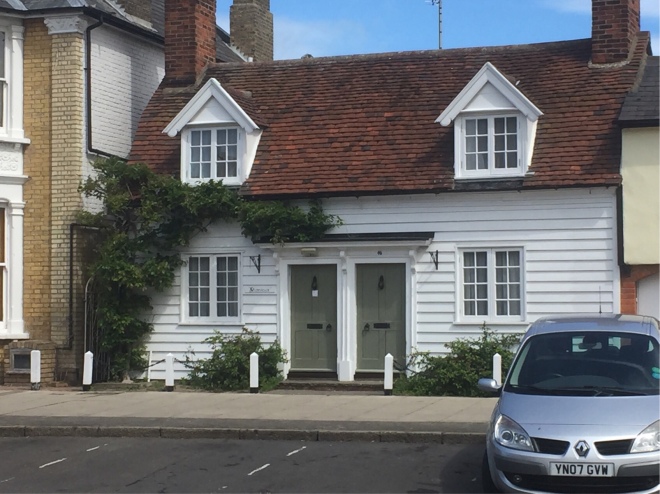 Having ordered our water maker we moved up the coast to Norfolk to stay in the grounds of the curiously named Caistor pub “Never Turn Back”.

It turns out that this Art Deco building was built as a memorial to the nine lifeboatmen who died in the 1901 Caister-on-Sea lifeboat disaster. One of the surviving lifeboat men said at the inquest “Going back is against the rules when we see distress signals like that.” The press interpreted this as “Caister men never turn back” and “Never Turn Back” was later to become a motto of the Royal Nation Lifeboat Institution.

We went for a long walk along the beach and back through the sand dunes and spent a little time at the Lifeboat shed reading about its history and the bravery of the volunteer lifeboatmen.

Towards the end of the walk a big storm had gathered and the clouds were threatening to break so we had to make a dash for cover to the sounds of rumbling thunder. Thankfully we made it back to the Never Turn Back just in time!

4 thoughts on “Cows on high and Never Turn Back”