It was with mixed emotions that we were closing up our newly acquired Lagoon Catamaran “Sunday” and leaving Greece to have Christmas in the Netherlands. We were so looking forward to seeing our daughter and partner and sharing the joy of a European Christmas with them but of course it was sad to leave our new home so soon after moving aboard.

The weather had been spectacular in Greece with lovely warm days and glorious sunsets to enjoy and we so love living on the water.

The prospect of cold weather was a little daunting and I was secretly a little worried that we might come across snow somewhere on our almost 3,000 kilometre drive and get stuck somewhere en route.

Nevertheless, we packed up all our winter clothes in the campervan, made various lunch-time soups and curry/one pot dinners, for the road trip and locked away all our precious equipment etc down below. 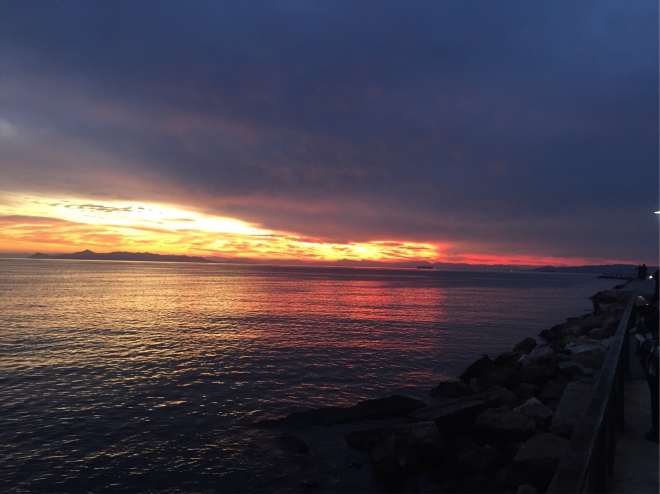 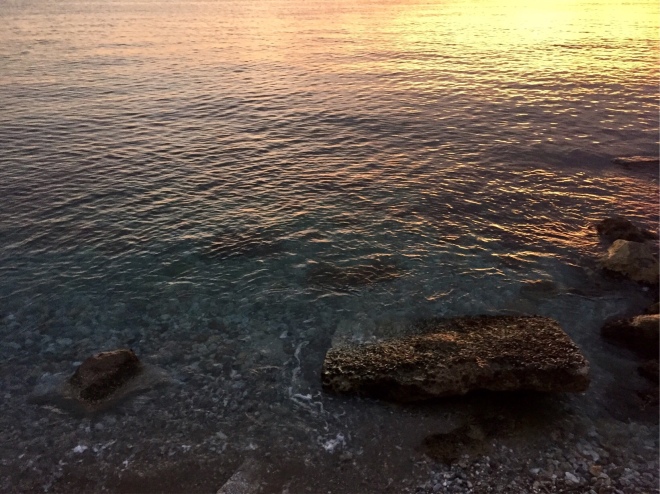 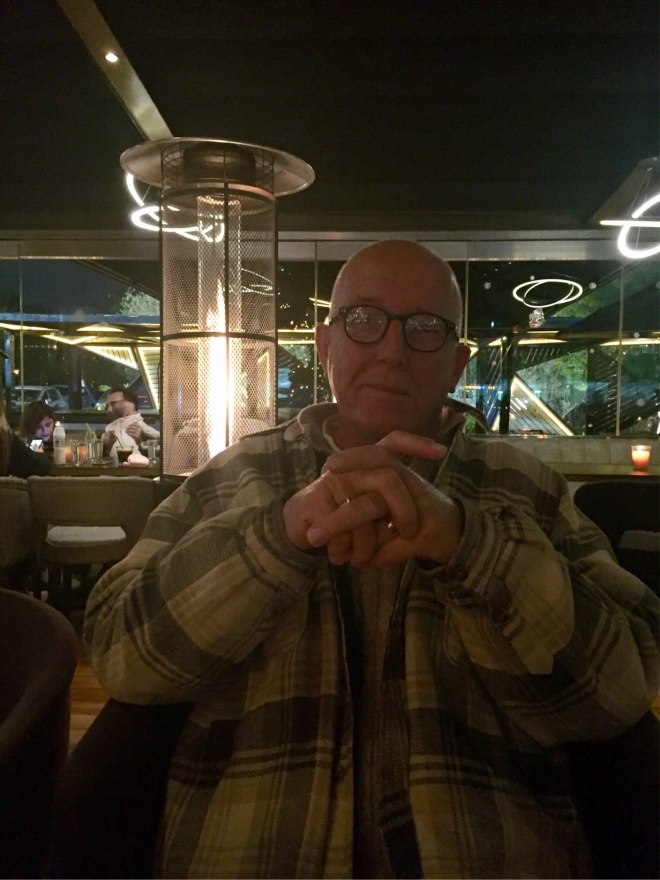 Finally we were ready to set off and took the now familiar road out of Athens and joined the E75 motorway north.

It was a pleasant 15 degrees Celsius when we left Alimos Marina and after heavy rain overnight it was great to see some sunshine. Less than an hour in and we had to stop to pay our first toll. While we have no objection to paying tolls we found the Greek system quite ridiculous as the toll booths are so close together and for campervans extremely expensive!

We worked out that we paid around 85 EUR for the 660 km trip – we were even charged 4.49 EUR just 7 minutes from the border with North Macedonia! The Greektoll roads are very good and almost empty which is easy to understand why! It was a good trip though with some lovely views of the sea as much of the E75 hugs the coast.

The border crossing to North Macedonia was uneventful and we were soon over the border passing several casinos and large hotels. 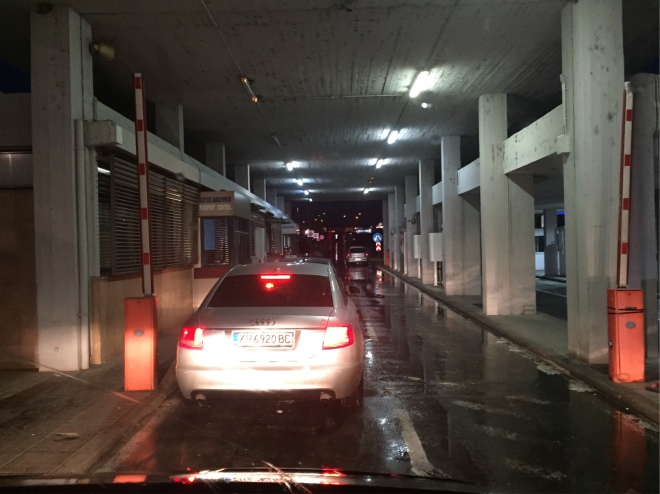 It was extremely dark and we were feeling ready to stop for the night despite having gained an hour, so we decided to park at a quiet-ish truck stop after a drive of 564kms. We woke up to a very dull, grey and misty day and after a quick breakfast were on the road again.

North Macedonia was really wild with fabulous rugged moorland scenery and hills absolutely covered in beautiful trees – still in their glorious autumn colours. There were scarcely any cars and because of that the drive was very easy.

Within a couple of hours we were lining up at the Serbian border where all went smoothly and the border guard didn’t even want to see our van’s “green card”. The guard just said “bye bye” and gestured for us to hurry up and go on our way! This was in contrast to our previous experience at Bosnia Herzegovina where we got refused entry and turned away for not having one. 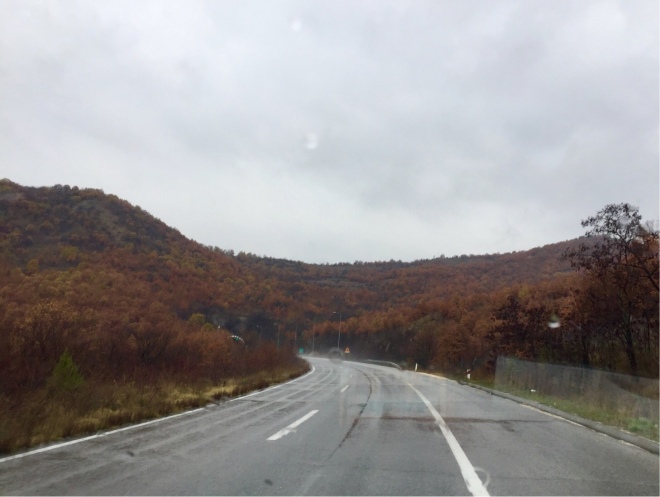 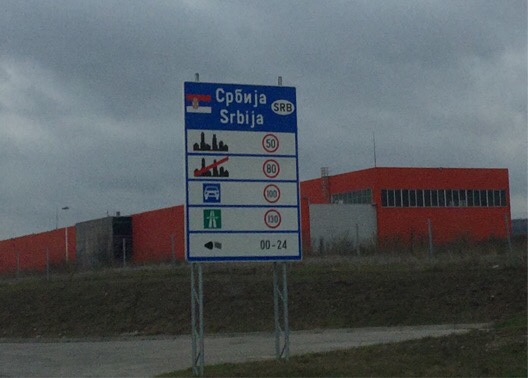 Serbia was very wintery and the trees had all lost their leaves. The traffic was very light until we drew nearer to Belgrade – a very large and modern looking city – and soon our progress was a little slower as we drove round the outskirts of the city. We drove on for an hour or two and stopped the night in another truck stop.

The following morning we were on the road by 8.30 am. It was another very grey day and the temperature was a chilly three degrees Celsius as we reached the border with Hungary.

When we arrived at the border we found at least 200 trucks lined up to go through customs and the line wasn’t moving at all. It took us 50 minutes to go through with just a handful of cars ahead of us. At that rate it would have taken literally days for the trucks to get through. Just shows you what happens when you have trucks entering an EU country from a non EU country and vice versa. Look out UK! 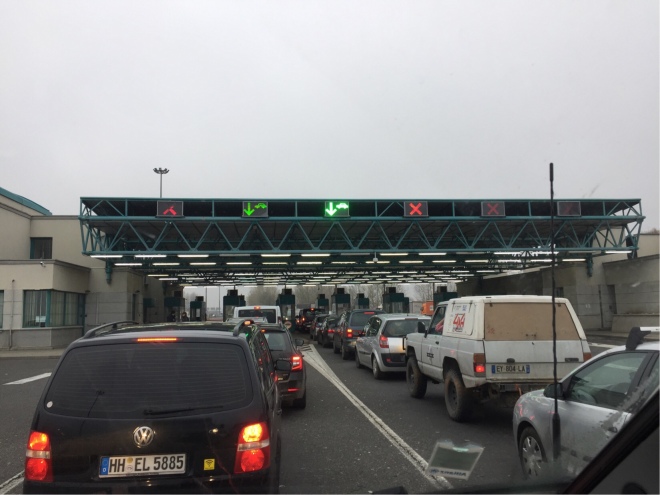 At the border we were able to purchase a “ vignette” – a toll pass that cost 45 Euros and could be used throughout Hungary and Austria. So sensible! No stopping, no fumbling around for change or getting charged conversion fees on our credit card.

At the border we saw notices about swine fever and wondered if we should mention the pork sausages in our fridge but the customs people had a good rummage round in the fridge and didn’t say anything so we just kept quiet!

Hungary had a much more familiar “European” landscape and the roads were certainly busier – in fact before Christmas lunch we were stuck in a traffic jam caused by roadworks for 45 minutes.

By 3.45 pm it was almost dark and only one degree Celsius. We crossed into Austria and before long beautiful flakes of snow were falling from the sky. It looked really magical.

By 5.30 it had stopped snowing and the roads continued to remain clear, if a little slippery. When we had stopped for the night we realised we had clocked up 45,000 km since we bought the van in July 2018!

Although the car heater worked fine so we were warm while driving, our domestic/ hot water heater had been playing up since we left Greece. Jonathan had been able to nurse it along the previous couple of nights but that night it stopped working altogether. So while temperatures were plummeting we were tucked up in bed straight after dinner with two big winter quilts on our bed and clutching hot water bottles while we watched a movie on the computer. 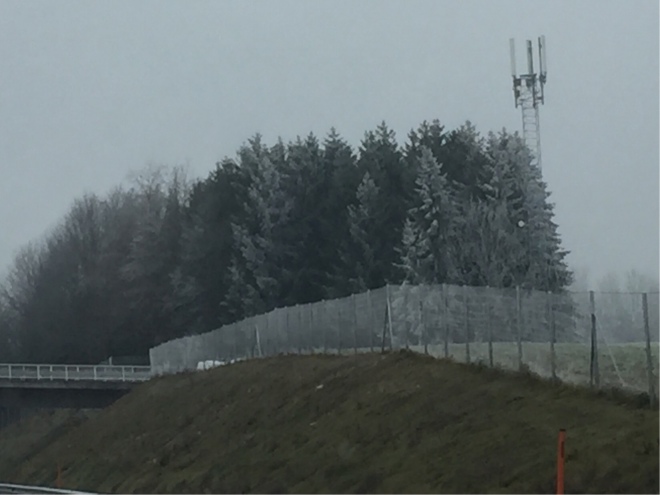 The next morning there was a sprinkle of frosted snow over the pretty Austrian countryside and the sun was out so the neat little farms and perfect small villages were sparkling.

By the time we crossed into Germany the temperature was zero degrees and the the sun had disappeared leaving leaden skies in its place. Soon it was snowing really hard – on no this just what I had feared! I imagined getting stuck in snow drifts or snowed-in at a car park somewhere with less than 1,000 kms to go and unable to get there in time for Christmas. 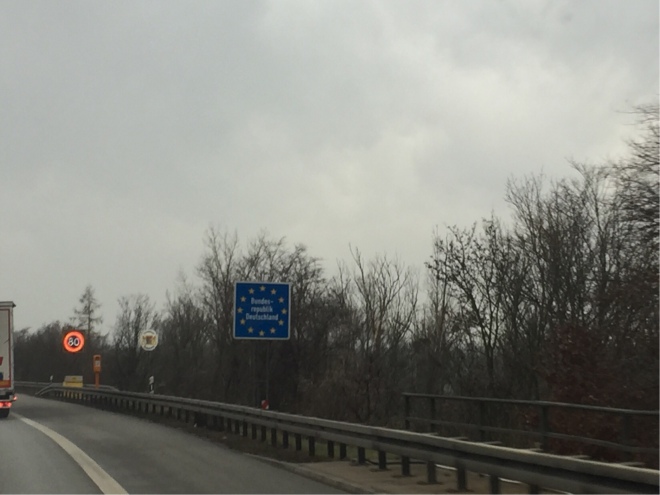 I need not have worried – Germany is so efficient and organised and as soon the snow began the roads were cleared and salted.

We decided to stay our last night in a proper campervan park in the hopes that being on mains electricity would help us get our heater going.

Arriving in the dark we stopped at what we thought was the ticket machine to pay for our night’s stay. It was all in German but as the machine was right next to the sign for the campervan park we assumed that’s where we should pay.

It wasn’t until Jonathan went to put money in the machine that I realised that it looked very unusual for a parking ticket machine as it had various buttons that had coloured stripes or other shapes on them. 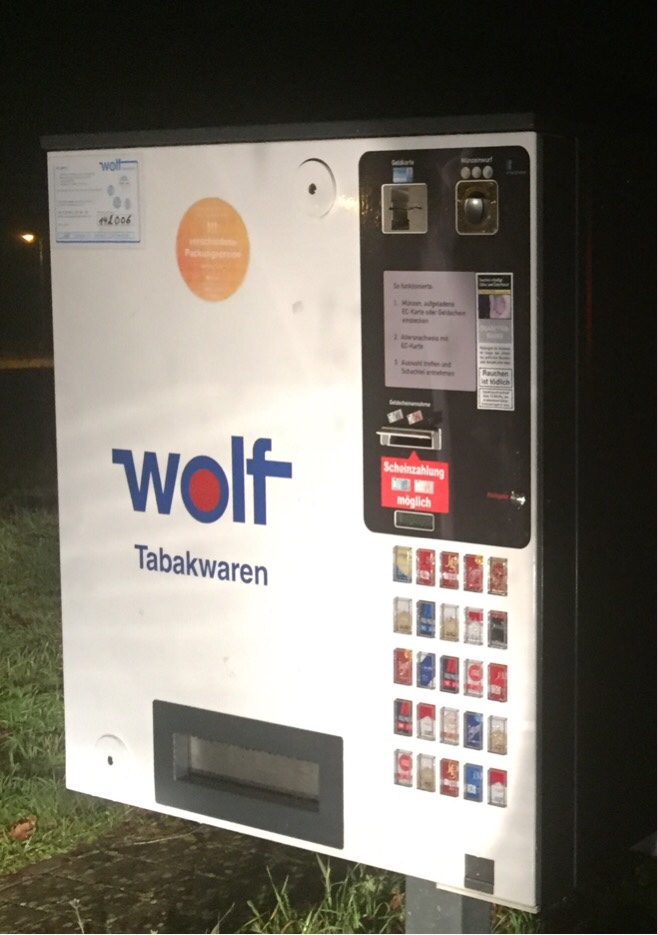 Jonathan came back and said that it wouldn’t take credit cards – only cash. It was only then that we looked again and it suddenly dawned on us that it was actually a cigarette machine! Who would have thought you would find one in the middle of a the car park of a sports club?

Overnight it rained really hard and it continued to rain all the way to the Netherlands but we finally arrived safe and sound in Pijnacker four days after setting off from Athens.